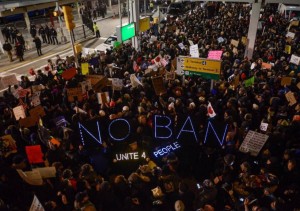 A federal judge in Brooklyn just issued an emergency stay against the implementation of Donald Trump’s executive order banning immigration from certain predominantly Muslim countries. After hours of ACLU and immigration attorneys working on the cases of Iraqis, green card holders, refugee families, including one man who has worked with the Army for 10 years, being detained at airports, we are celebrating and praising God for justice tonight for the first historic victory against the Trump agenda! Thank you ACLU and national immigration lawyers and all the protesters who came out to resist. We just showed Trump he is not a KING and cannot issue unconstitutional religious discrimination laws in this country. We are standing with immigrants and refugees, please continue to pray for them, pray for justice and consider joining our resistance volunteer team and Christian Democrats of America.
Recent tweets on this breaking news from National Immigration Law Center, ACLU: 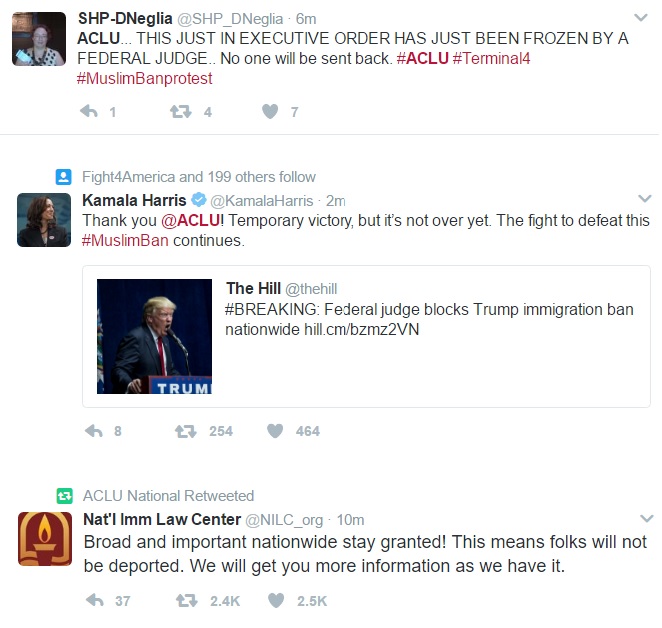