The GOP Shut Down and New Hope for Millions 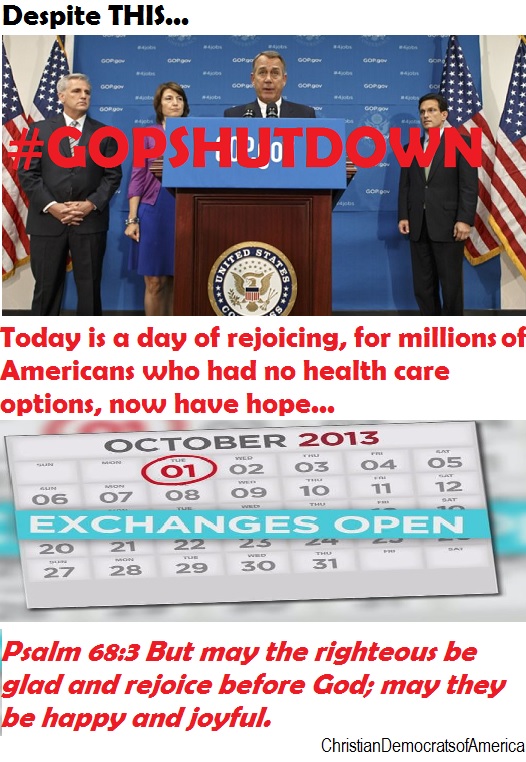 Well the Radical Right Wing of the Republican party finally had its way and has succeeded in shutting down our government. But that does not mean they have won this war. As they hold America hostage based on ideological principles, millions of people are signing up for healthcare coverage under the new exchanges opened today.

They are willing to put thousands out of work today, stifle our economy – actually shut down our government – because they are mad that people are receiving healthcare! That people with no options for healthcare coverage before this, now have it. Another reason to rejoice…the American people will remember in 2014 and we will see a Democratic Congress that will put the needs of the people above corporate interests and ideological ideas.

We are praying for our President, for rational heads in Congress to do the right thing, and for the thousands of workers with uncertainty today as a result of the shutdown.

If you signed up for Obamacare today, let us know your experience!