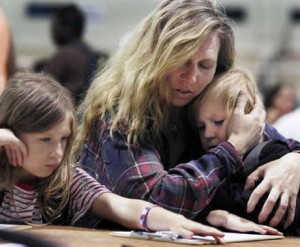 blicans just released their replacement plan for the Affordable Care Act, and while they are set to keep some of the more popular parts of Obamacare, such as pre-existing conditions and allowing young adults to stay on their parents’ plan, it also contains new laws that will make it harder for people who are low income to keep their health insurance and worse. Don’t let the few popular provisions that the House GOP left in the Obamacare replacement fool you – this bill is just another give-away to the rich and insurance companies at the expense of the most vulnerable and poor in our nation. No one who supports a pro-life agenda should support a plan that would…

Republicans say they know their plan will cover fewer people. Democrats warn that between the phasing out of ObamaCare’s Medicaid expansion and the smaller tax credit for poorer people, the 20 million people who gained coverage in recent years will be put at risk.

Christian Democrats of America mailed Bibles to Republican Congressmen who are vocal about being “pro-life Christians” in a protest effort on behalf of the vulnerable and poor who will be affected by the repeal of the ACA. One of the scriptures sent to the House GOP and Speaker Paul Ryan was the following:

10 Woe to those who make unjust laws,
to those who issue oppressive decrees,
2 to deprive the poor of their rights
and withhold justice from the oppressed of my people,
making widows their prey
and robbing the fatherless.
3 What will you do on the day of reckoning,
when disaster comes from afar?
To whom will you run for help?
Where will you leave your riches?

They cannot call themselves “pro-life Christians” and not stand up for the poor and vulnerable.