Don’t Be a Beastly Christian 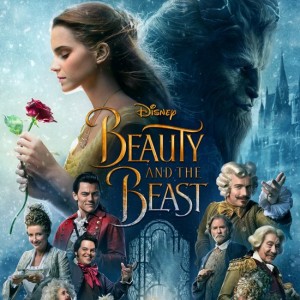 Don’t Be a Beastly Christian

Like so many other little girls, Belle was a role model to me growing up. Beauty and the Beast always has been my favorite Disney film (a BIG deal for a Disney freak like myself) and favorite animated film of all time, and Belle my favorite “princess.” But I always saw her differently, as more of a strong female figure who embodied my own independent streak and made me feel good about being a dreamer and a strong female, encouraging my natural feminist tendencies and free spirit! I’ve always strongly believed God leads us, when we are open, in the way in which we need to go to not only fulfill His purpose for our lives, but also to become the best version of who He made us to be that we can be. For me, Beauty and the Beast always held a special place in my heart not only for the music and romance, but the themes, stories and strength of the feminist Belle, who helped validate my own empowerment early on in life. I realize I am lucky that my parents encouraged this, as many pastor’s daughters have a very different story.

This is why I was especially disappointed when I learned of the controversy surrounding the new live-action film because of the character of Gaston’s sidekick and greatest admirer, LeFou. After seeing the film (opening night, first showing for this die-hard…) I can say with certainty what I expected all along…the controversy is much ado about nothing. It is all very fitting for that character, and as all characters are explored in greater depth in this live action version of the story, it makes perfect sense. Offense over this character would mean one would have to be extremely sheltered in their entertainment choices, and also very homophobic. I truly do not see how even conservative Christians could be offended, besides a very far right and extreme minority. But these are the same who likely do not own a television either, so horror at Beauty and the Beast is not surprising.

So to those Christians who are not on the extreme fringe theologically, please think about this – you are offended at LeFou but you are not offended that your President said, “Grab ‘em by the p****?” You want to keep your kids away from a Disney classic remake, but you don’t mind telling them their President is a Christian as he lies openly to the world day after day, displaying no Christ-like characteristics? Have you allowed your kids to sit in on rallies where hate is encouraged, where people are chanting “lock her up,” but yet you object to them sitting in on a story about learning how to love and not judge others, and a touch of old fashioned romance?

Instead of controversy, this is my dream – we should have churches driving their buses to the theater filled with families across the country to see a beautiful depiction of learning to love the unlovable, lessons of the consequences of pride and greed and judging others. Since these are all very strong themes of the Sermon on the Mount, it would be very easy to turn the movie into a Sunday school lesson this Sunday! Relate the hard lesson the Prince/Beast had to learn because of his lack of compassion to the good Samaritan. Relate the Prince/Beast’s judgment of the old woman because of how she looked on the outside; his arrogance and pride to Matthew 5:3 and 7, and Matthew 7:1-2. Relate the fact that this version points out specifically that the Prince/Beast was taxing the people for his own riches while they went hungry to one of the hundreds of verses about giving and justice – Proverbs 22:16 is a great one for this lesson: “One who oppresses the poor to increase his wealth and one who gives gifts to the rich—both come to poverty.”

There are also some wonderful themes of sacrifice and what truly loving someone else means. Unselfish love, and also redemption. Of course the ultimate redemption is the Beast himself, but that character you are so worried about, LeFou, has his own redemption story that is made clear in this version. LeFou is actually a great example to show your kids and talk about peer pressure, going along with bullies and doing the wrong thing just for popularity. LeFou has a conscience in this film and his own struggle with choosing wrong or right.

So please, don’t be a Christian like the townspeople of Beauty and the Beast: gossiping about the Belles, walking around with a bad attitude, judging others who are different, expecting the worst of people, standing in the way of progress (”isn’t one girl reading enough?!”). Instead, learn from Belle’s fearless spirit, her example of sacrifice, optimism and mercy. Learn from the Beast and his classic story of redemption – be a Christian with compassion, without judgment and prioritizing love instead of turning others away because of your beastly conduct. And for goodness sake, just let LeFou sing and dance!

Christina Forrester is Founder and Director of Christian Democrats of America – follow her at @Christinaof9.