The Ethical Dilemma for Republicans 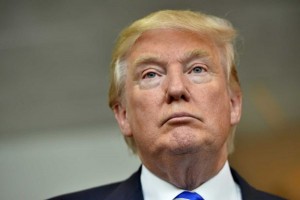 Most Democrats seem fairly happy with Clinton. Some of us (like me), are enthusiastic Clinton supporters. She and Kaine are probably the most prepared and experienced team to ever run for office (I actually think even more prepared than Jefferson – and he was prepared!) Clinton and Kaine have a long history of commitment to their church (Methodist and Catholic) and commitment to Christian values – care for the poor, needy and oppressed, love rather than hate, fact checking rather than lies.

For Republicans, this is not just a choice, it’s an ethical choice. An ethical dilemma exists when an individual, or nation, needs to make a choice between two or more possibilities which they believe are not clearly right or wrong. Sometimes it’s believed the end justifies the means, even though the means may be muddy or even evil. But they believe if good prevails, perhaps wading into evil briefly is all right.

There’s a story often used in Ethics class to illustrate: “A mother is dying and a drug could save her life but the family is poor. Would it be all right to steal the drug in order to save her life?” Or, “Is it all right to lie to save a life?”

Republicans think the Democrats have an ethical dilemma with Clinton. She either lied about her emails, was negligent, or careless, and therefore we shouldn’t vote for her. Most of us believe this is not an ethical dilemma. Clinton did something that was not wise for the sake of convenience (join the club!). She apologized, admitted it was not wise. It is clear she will not be doing this again. In Christian theology this is confession, forgiveness, and reconciliation. We begin anew. We look for evidence that the confession was authentic, so the problem continues. We recognize our human imperfections, and strive to correct them. We can then begin anew and go back to judging on the merits of what is before us – a person’s stand on the poor and needy, widows, orphans, the disabled, the left-behind, etc. It’s no real dilemma unless someone remains untruthful about issues and actions. In Clinton’s case, she has a lifetime of action that reinforces the issues. Christians believe in transformation and redemption. People rethink positions, and do change which leads to different action.

Republican Christians like to say they put God first, then country, then conservatism. But many of them continue to pay lip-service to God, while supporting a candidate that daily breaks the commandments, ignores the call to Christians to overcome discrimination, to care for the disabled and outcasts and those who are different or marginal. He consistently expresses all of the 7 Deadly Sins – pride, anger, greed, gluttony (using resources to serve his lifestyle), sloth (not doing his homework, not fact checking, not learning what he needs to learn to be President – about foreign policy, geography, history, the military, commerce, education, justice, the constitution, etc.), envy (of anyone richer than he is), lust (something he brags about!).

He doesn’t have any basic understanding of Christian principles: a recognition of one’s sin, confession, forgiveness, love of enemies (those unlike ourselves), Christian brotherhood and sisterhood and the gifts of others, the guidance of the Holy Spirit, Christian community and unity.

So, why is this a dilemma for Republicans? To many of us, it’s clear. This is not about choosing a candidate with different approaches for “promoting the general welfare,” this is about someone who has and will consistently tear apart the Constitution and the basic idea about religion – love of God, neighbor, and ourselves.

Yet, when one asks Republican Christians, they live in hope that he will change. They want to conserve their Party’s representation no matter what. They hate Clinton and demonize her – thinking she’s the “Evil One.” They answer every question about Trump with the words “the emails.” They allow others to spit out hate and lies – and go along with it. They can’t seem to take a stand on basic Christian values – which they say they hold, but there has been virtually no evidence of this except for those who have spoken out. Where will their leadership be if Trump makes an impeachable action? Or when he gives an unconstitutional order? Will they continue to go along with actions because they are Republican actions by their candidate? Will they continue to give support because it’s their Party and that’s what they’re supposed to do?

An ethical dilemma leads to some agonizing, reflection, counting the cost, but ultimately calling evil by its name. There is no way that I, nor many Christians, could consider name-calling, bragging, mudslinging, mocking the disabled, prideful behavior – by anything but its correct name. This is what scripture calls evil. If in doubt, read Galatians 5 and the Ten Commandments – and then call a spade, a spade!

Dr. Linda Seger is author of Jesus Rode a Donkey:  Why Millions of Christians Are Democrats (4th Edition). Find out more at JesusRodeADonkey.com and LindaSeger.com.

LINDA SEGER, Th.D, a theologian, author and speaker with degrees in English, Drama and Theology. She comes from a long line of Lutherans who were theologians, ministers and missionaries. She’s a Christian, Quaker, a Democrat and lives in Cascade, Colorado. Author of Jesus Rode A Donkey: Why Millions of Christians Are Democrats. 5th Edition release: Date June 2, 2020