No One Died at Healthcare.gov: The Phony Crisis of Obamacare 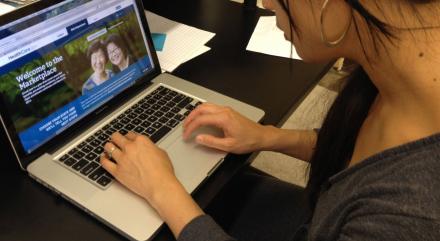 This article by Dean Baker at Huffington Post summarizes the truth about the Affordable Care Act well – it isn’t perfect, but it is not the apocalypse. In fact, it is going to help millions of Americans in the states where governors and Republican representatives are not fighting against it. In the states that are governed by Democrats (and one or two exceptions, Arizona being a surprising one of them), the rollout is going much more smoothly and thousands of lower income Americans are getting a chance at having access to healthcare. These are the stories we should focus on. Yes, the law needs improvement, especially in the way of increased access for low-income populations and we at CDA believe the states ran by Republican governors should not be allowed to keep millions of their residents from obtaining healthcare through the Medicaid expansion….but let’s not give any more attention to the media circus of silliness.

The media have worked themselves into a frenzy as news outlets trumpet the impending doom of Obamacare. The New York Times put forward its entry for best in show: a front-page news article comparing the problems with the Healthcare.gov website with President Bush’s failed response to Hurricane Katrina. This is clearly the silly season in Washington.

As a practical matter Obamacare is the sort of hodgepodge that no one in their right mind would put into place if they were designing a health care system from scratch. Certainly a universal Medicare system, similar to the one in Canada, would be far more fair and efficient. Since this was not a plausible political reach in 2010, many progressives hoped that the Affordable Care Act (ACA) would at least include the public option that President Obama had touted during his campaign.

Whether or not a public option was an obtainable goal, Obama was not prepared to spend the political capital to try to get it included. This left us with a law that leaves us far short of universal coverage and requires people to get private insurance or pay a fine.

That’s not a pretty sight (consider it affirmative action for the insurance industry), but we shouldn’t let this prevent us from recognizing the extent to which the ACA still presents an enormous step forward over the current system.

The vast majority of the insured in the working age population get insurance through their job. This means that if they get an illness that causes them to lose their job they are likely to soon also find themselves without insurance. They will then be forced to buy insurance in the individual market where premiums can be tens of thousands of dollars a year, since they would be applying with a pre-existing condition.

Obamacare ends this situation. Insurers can no longer discriminate based on pre-existing conditions. This means that most people will be able to find affordable policies in the exchanges. (The Kaiser Foundation has a useful calculator that allows people to get an estimate of the prices they would see.)

In addition to providing security, millions of people who are working at jobs that they hate will no longer feel the need to stay there in order to get insurance. That is a big deal. In fact it’s a bigger deal than almost any other piece of legislation that Congress has passed in the last three decades.

That is what we stand to gain if the ACA can survive the hysteria that is now consuming Washington. If we look for the substance in the hysteria, it doesn’t come close in significance.

First, we have the fact that the website is bombing. The private contractors hired by the Obama administration failed to get a working website in place by the deadline. This is unfortunate, but hardly a disaster. There is still plenty of time to get the website in order. Not one person to date has been denied the opportunity to get insurance because of the website.

The next issue is the cancelled policies that supposedly involve President Obama breaking his pledge that people could keep their insurance. As noted elsewhere the vast majority of people can keep their insurance. The policies that are being cancelled are ones that insurers issued after the passage of the ACA, knowing that they did not comply with the law and could not be in effect after 2013.

It would have been reasonable for insurers to point out that these policies would be cancelled at the end of this year at the time they sold them. If the insurers had been honest with their clients, then we not have so many people surprised now. However even if the insurers did deceive their clients, the reality is that most of the policies in the individual market are very short-term in any case. For the most part we are talking about policies being cancelled on January 1 that people would have left in February or March anyhow.

Finally we have the people who will have to pay more money for insurance under Obama. There are certainly some people who fall into this boat but for the most part the differences are not likely to be much. If you want cheap insurance under Obamacare, you can get a Bronze plan for around $150 a month in most states. The cost will be less for people who have income less than four times the poverty level (@$46,000 for an individual) and are therefore eligible for subsidies.

Of course we also have that special group of picky customers who want highly customized insurance policies. The NYT treated us to an example of such a person last week, Lori Gottlieb a 46-year-old psychotherapist living in Los Angeles.

Ms. Gottlieb is quite upset. After already having a child, the medical expenses for which were presumably covered by insurance, she does not want to have to pay for the expenses that other pregnant mothers and new parents incur. Under Obamacare she will no longer be able to buy her cherry-picking plan.

So this gets us to the meat of the problem. Obamacare is about ensuring that people will be able to get reasonably priced insurance regardless of their health. There are some healthy people who want to bet on their continued good health and tell the less healthy to get lost if it means paying somewhat more for their own insurance. It should not be asking too much of members of Congress to stand behind Obamacare and against the Lori Gottliebs of America.