For Evangelicals, a Shift in Views on Immigration 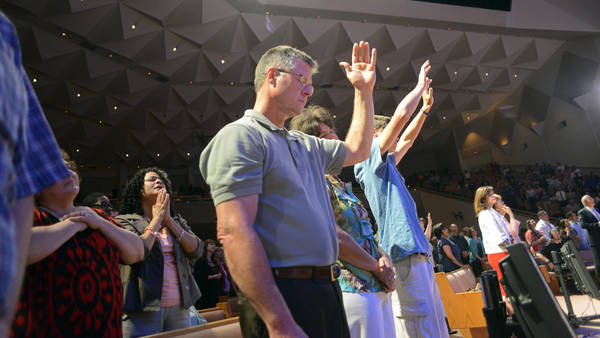 Preaching Citizenship: A changing attitude in evangelical congregations like the First Baptist Church of Orlando, Fla., could help sway lawmakers as they consider immigration reform.

Praise God that on this issue the Body of Christ is coming together finally, and embracing what the Word of God says about the stranger in our land. This is a good report!

ORLANDO, Fla. — In the pews of the First Baptist Church of Orlando, where thousands of evangelical Christians gather on Sundays to worship and sing, a change of heart is happening on the once toxic issue of immigration.

Two years ago, national evangelical leaders began to speak out in favor of legislation to give legal status to immigrants in the United States illegally. Now, as Congress is about to start a debate on overhauling the immigration system, conservative Christians, once inclined to take a hard line on immigrants they viewed as lawbreakers, are consulting their Bibles and coming around to the pastors’ view.

“I feel I would be representative of a typical longtime Baptist, one who grew up in the Baptist Church, who was raised in an evangelical family, and I would identify myself as a conservative Republican,” said Jay Crenshaw, 36, a lawyer in Orlando who attended a service at the megachurch last Sunday. “And I can tell you how much my views have changed.”