Taking up our mantle 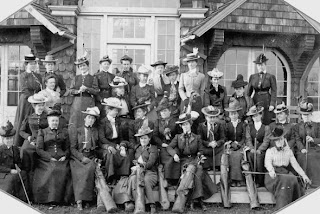 Evangelical women were known for fighting for social justice, equal rights and freedom

I’m currently reading Jim Wallis’ “The Great Awakening” and so you will more than likely see many quotes from it in the following weeks! But one thing has particularly struck me so far – “Christians [from the 1820’s to 1920’s] helped lead the abolitionist struggle, efforts to end child labor, projects to aid working people and establish unions, and even the battle to obtain voting rights for women. Here were evangelical Christians fighting for social justice…” Amazing. But it shouldn’t be.

This is exactly what I would expect, as someone who has grown up in ministry with more pastors than you could count on one hand within my immediate family! Knowing the scriptures and understanding the message of Christ, from Genesis to Revelation, this is no surprise to me at all. The Christian faith in its true-to-message form is all about freeing the captives – captive from slavery, stereotypes, traps of the world-system, sin, our own mental or emotional imprisonment…it is about freedom, liberty. The laws of the Old Testament and Jesus’ new covenant gave more freedom and dignity to women than had ever been done before in that time. Historically, anywhere the Good News was accepted into society, women and minorities were given more rights, more freedom, and the poor were cared for. Notice I said “The Good News,” not religious or man-made “Christianity” used for power – that movement has brought about such things as the Inquisition and slavery itself, but it doesn’t have much to do with the actual words of the Bible!

If Christians in America were known for over a century for being the passionate driver of social justice and reform, then we can take up that mantle once again. Are you ready?

Christina Forrester is the founder and president CDA and Singer/Songwriter. cforrester@e-2productions.com /Twitter: @Christinaof9

About the Author: Christina Forrester