A New Day, A New Year 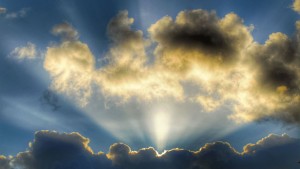 As we see a difficult year for so many of God’s children in our country and in our world come to a close, we hold on to hope of what this New Year, and election year, will bring. There are many unknowns, so many election battles, so much division – but there is also such hope, more talk of compassion and mercy, more emphasis on peace and caring for the vulnerable. If there is one prayer, one hope we have for the New Year, it is that God’s love and mercy and the collective actions of CDA and other groups would create a protection around “the least of these”…for immigrants, the homeless, the working poor, the sick, refugees, elderly, orphans and more. This prayer submitted by Michael Ruffin (http://MichaelRuffin.com) sums it up well…

As you well know, we don’t live outside of time like you do. We aren’t eternal, and so we can do no other than live one breath at a time while trying to maintain as much perspective as we can. We know there’s a big picture that you can see. The best we can do is squint at it. So it’s easy for us to think that an event that’s about to happen is the most important event that’s ever happened. It’s easy for us to think that the next election is the most important one that’s ever been held. We acknowledge that you probably get a divine chuckle out of us.

Still, this year’s election sure feels important to us. One of the reasons that it feels so important is that it could determine how much emphasis we will place on the vulnerable as we go forward as a nation. You know our minds and hearts, so you know that we are convinced that our party’s policies and candidates offer the best path for doing what we can do as a nation to care for the most vulnerable among us.

But God, regardless of the outcome of the 2016 election, we pray that you will lead us all—Democrat and Republican, conservative and liberal—to put protecting and helping our vulnerable neighbors at the top of our list of priorities. You know who they are—the poor, the sick, the children, the elderly, the hungry, the immigrants, the homeless, the mentally ill, the veterans suffering from the lingering effects of war, the families living in neighborhoods that feel like combat zones—and you know what they need. Give us grace to work together to do whatever it takes to care for the most vulnerable among us. Help us to be a nation that abandons none of our people. Help us rather to be a community that bands together to help all who need help. Help us as Christian Democrats to join with all people of good will to share the love and grace of Jesus Christ in the context of our wonderfully diverse nation. Show us how to do justice, to love mercy, and to walk humbly with our God—together. Amen.

2016 will be a game-changer for us all, and starting in the first week of the New Year you will begin seeing new actions from Christian Democrats and more publicity in the national media than any previous year. We’re going to be on the front lines in 2016 and to do this, we need your support. There is a lot to accomplish in 2016, in an election year where so much is at stake. We are excited to share all the changes and new initiatives that are coming very soon to increase the voice of our message.

In 2016 we will be one branch of the hands and feet of God’s promise:

“Morning by morning he dispenses his justice, and every new day he does not fail…” (Zephaniah 3:5)
So no matter what comes our way in 2016, we have this promise that every new day, our God does not fail. Morning by morning, year after year, he dispenses justice…and our New Year’s resolution is to be one of the active solutions to help dispense that justice, mercy and spread His hope and message of love in a country being divided with hate.
Join us in 2016! Have a safe and Happy New Year!
– Christina Forrester (Founder and Director of Christian Democrats of America, @Christinaof9)
Christian Democrats2016-01-01T20:37:38+00:00