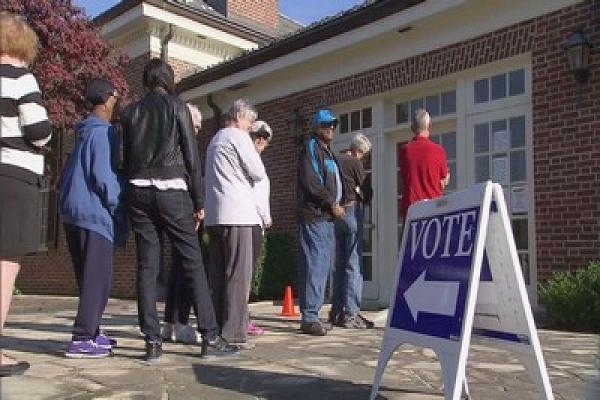 Below is a new Op-Ed this morning in the New York Times in reaction to the Democrat’s big wins last night. Americans rejected Trumpism and the hateful culture wars last night, and there will be more where that came from in coming months. Voters are done with the hateful, divisive rhetoric of the past – they want people who stand with them on the issues that affect their lives. Danica Roem defeating Bob Marhsall, the “bathroom bill” creator who pushed a twisted version of “Christian/America values (he never represented our values as Christians…),” is like Matthew 23:12 “For those who exalt themselves will be humbled, and those who humble themselves will be exalted.” As Charlotte Alter of TIME said on Twitter, “A trans woman beat the guy who introduced the bathroom bill. A gun victim’s boyfriend beat a delegate with an ‘A’ grade from the NRA. A civil rights lawyer who sued the police department just became the top prosecutor in Philadelphia. Something’s happening here, folks.”

Ralph Northam’s election as Virginia governor amid reportedly high turnout on Tuesday is a stinging and welcome rebuke to President Trump and white nationalism.

Mr. Northam’s Republican rival, Ed Gillespie, an establishment operative, chose to dog-whistle himself breathless in pursuit of the state’s pro-Trump white voters, and the president attested to his make-America-great-again credentials. By late Tuesday, though, Mr. Trump was trying to sidle away from Mr. Gillespie, claiming that a candidate who sacrificed his own reputation to adopt the president’s style and positions in fact “did not embrace me or what I stand for.” Mr. Gillespie did, and he lost.

Virginia and New Jersey, where Democrat Phil Murphy easily won the governor’s race, were the first statewide general elections since Donald Trump won the presidency a year ago, and Virginia, the only southern state Hillary Clinton won in 2016, was by far the more consequential of the two. Late Tuesday Democrats were also registering gains in the Virginia House of Delegates, suggesting strong disapproval of Mr. Trump at the grass roots.

Having been nearly vanquished in the primary by Corey Stewart, an anti-immigrant conspiracy theorist who played on issues like preserving Confederate monuments, Mr. Gillespie, at the advice of Republican leaders, took up race-baiting. His ads, featuring menacing tattooed men, accused Mr. Northam of being “weak on MS-13,” the gang formed by Central American immigrants in Los Angeles that now threatens Virginia suburbs. They contained some of the darkest appeals in Tuesday’s off-year contests — and that’s saying something, given the Republican candidate adsthat aired in places like Nassau County, N.Y., and New Jersey…