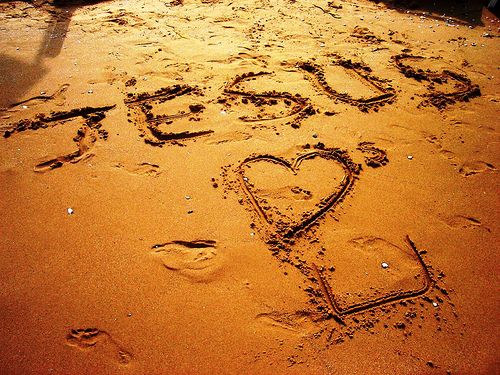 Jesus was both conservative and liberal. A conservative value that Jesus affirmed was the value of accountability and responsibility. Leaders are to rule justly, not be beholden to the rich, the powerful, or the influential. Justice transcends political parties.

The Bible also begins with a commandment that none of the prophets, nor Jesus nor Paul, have overturned—the commandment to tend the environment that God has given us. Although this is a conservative value, it has been adopted by those considered liberals. We are asked to conserve, preserve, and care for the world. Noah went to considerable trouble, under God’s command, to make sure that the animals didn’t become extinct. Jesus extols the beauty of the lilies of the field and the birds of the air, telling us that God will care for us, as He cares for nature. If there is one Christian value that should transcend political parties, it should be our care for the environment.

Fiscal responsibility is usually considered a conservative value, although the Democratic Party has been more fiscally responsible than the Republican Party for more than twenty-five years. From 1981, when Reagan’s first budget took effect, until 1993, when Bill Clinton became president, the Republicans ballooned the debt. Part of the debt under Clinton was 2.2 trillion dollars of interest because of the Regan-Bush debt. Clinton left a surplus of about 523 billion dollars by the end of his term. Economics projected that at the rate we were going, we could pay off the entire national debt by 2012. But George W. Bush stopped this process and again ran up the debt.

Our country was founded on liberal and liberating values. The Founding Fathers were willing to change the status quo, overthrow an oppressive government, and create a new form of government by the people, of the people, for the people. Many Christians in the early years of our country’s history questioned the laws of the time, and changed them, in order to create a freer, more just society.

Throughout the Gospels, we see the portrait of Jesus as a man who questioned the prevailing religious and social establishment. Many actions that Jesus took, and stories that he told, were about liberating people from legal, religious, and governmental oppression. Rather than demanding adherence to religious dogmas and the hundreds of religious laws, he questioned the way things were, and followed the freer Law of Love.

Jesus transcended sexism when he talked to a woman at the well in Samaria. He affirmed Mary’s desire to listen and to learn, rather than the traditional woman’s role played by her sister, Martha. Women followed him around the countryside and he accepted them, even though this would have been against the social customs of his age. Women became some of his most beloved followers, and some of the leaders in the early Church.

He challenged classism, by associating with the lowlifes of society—the rejects, the prostitutes, the tax collectors, the outcasts, the sick, the lepers, and the untouchables, even eating with them and saying that they would enter the kingdom before the religious leaders of the day. He pardoned the repentant thief on the cross, telling him that he would join Jesus in Paradise.

Jesus, as well as Paul, brought liberal values to the idea of marriage. A Jewish man and woman were supposed to marry and to have children. Jesus was single, and didn’t fulfill the appropriate social and religious customs of his age. Paul clarified that it didn’t matter if a person were single or married; each was to be valued.

Jesus was against capital punishment, a position that is considered a liberal value. He forgave the woman caught in the act of adultery, and freed her, even though the religious law of his time proclaimed that she be stoned to death.

Jesus rethought the idea of forgiveness and vengeance, clarifying that no longer should one seek revenge through an “eye for an eye”; nor should one forgive another only seven times, but rather seventy times seven. From Leviticus in the Hebrew Scriptures to Romans in the New Testament, Christians and Jews have been told to never seek vengeance toward one another. “Vengeance is mine, sayeth the Lord, but you shall love your neighbor as yourself.”  The Book of Romans tells us do not overcome evil with evil, but overcome evil with good. Therefore, if your enemy hungers, feed him.

In many ways, Jesus was far more radical than are the most liberal members of Congress, asking us to act in a way that we often find impossible and impractical. He changed the way we were to think about the enemy. We are to make friends with our enemies, recognizing that if we do not do this, there will be trouble. [FNT 28] Jesus expanded our idea of the neighbor, telling us that we are to think of our enemy as our neighbor, and he added a new commandment: to love our neighbor as ourselves. This doesn’t mean that we are naive about evil, but that we don’t add fuel to the fires of hatred. Rather than demonizing and attacking the enemy, we should use diplomacy, which is far more in line with the values of Jesus.

Jesus practiced nonviolent resistance to oppressive laws. He suggested that we love our enemies—feed them, clothe them, care for them, and “offer no resistance to the wicked.” This turns the enemy into a friend. Jesus advocated non-violence with the enemy using a subversive tactic that is often used in nonviolent resistance. If the person of his day were asked for his coat, he was to give the cloak as well. If he were asked to go one mile, he was to go two miles.

Dr. Linda Seger is the author of Jesus Rode a Donkey: Why Millions of Christians are Democrats, a Huffington Post contributor, contributing writer for Christian Democrats of America and international speaker.