Does or doesn’t Romney back Akin?

Once again, Mitt Romney will not make a real stand on any values or principles – what do you stand for, what are your values, Mitt? He condemns Rep. Todd Akin’s rape remarks, but would not withdraw his support for him running and winning the Missouri Senate race. Below is the story about Akin’s comments, which rightfully has caused many top Republicans to call on him to end his bid for the Senate seat today – but when asked, Mitt Romney stopped just short of completely coming out against Akin – Romney supports the new GOP platform of no exceptions on abortion for rape or incest. But don’t condemn Akin’s words yet actually agree with them or still believe he should run for office! Like the old Aaron Tippin country song, Romney, “You’ve GOT to stand for something or you’ll fall for anything!” 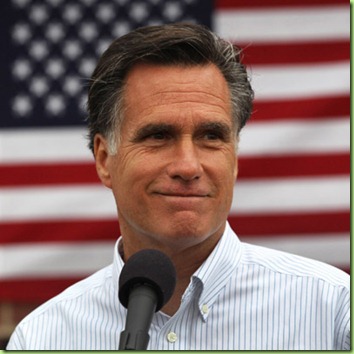 With hours remaining until a preliminary deadline to withdraw, Rep. Todd Akin (R) said he would not step aside as the Republican Senate nominee in Missouri.

Akin, who’s faced growing clamor from fellow Republicans to end his candidacy amid an uproar over his weekend comments about rape, said he believes it is important for him to press forward with his campaign against incumbent Democratic Sen. Claire McCaskill.

“I want to make one thing absolutely clear: we are going to continue with this race,” Akin said on the radio show of Mike Huckabee, the former Arkansas governor and Senate candidate.

Akin’s controversy stems from comments he made last weekend on “The Jaco Report” on KTVI FOX 2 News, on which he said “legitimate rape” rarely results in pregnancy in victims. Akin has since apologized, and said he was mistaken to assert that rape culdn’t result in pregnancy. He released a television ad to that effect this morning.