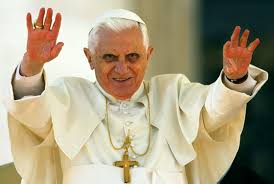 The fact that this is a first in nearly 600 years makes it a very historical moment for the Catholic Church. There are millions of Catholics in the United States and many of our own members are also Catholic. Below are some reactions from the Progressive Catholics in America, and we would love to hear from our CDA members on your reactions.

Network Lobby from their Facebook page: “We are grateful for his wisdom, and he is, of course, in our prayers. During this time of transition we also pray that attending to the pastoral needs of our Church will be a top priority as decisions about new leadership are made.”

Catholics United Executive Director James Salt from website (full statement here): “Today’s surprising announcement from Pope Benedict XVI is a sign of humility from the aging Holy Father. In light of his decision, we must take the opportunity to reflect on the challenges of this papacy. To many, the Catholic church hierarchy has been seen as an institution overly focused on issues of human sexuality, such as opposition to access to birth control and marriage equality, rather than first serving the poor as Christ commanded…”

(CNN) — In an unexpected move, Pope Benedict XVI — born Joseph Ratzinger — has announced that he is to resign. Benedict was elected pope in 2005 after the death of Pope John Paul II. We explore what the surprise announcement means for the Catholic Church.

Why has Pope Benedict XVI resigned?

In his statement, Pope Benedict — who turns 86 in April — said he had come to the certainty “that my strengths, due to an advanced age, are no longer suited to an adequate exercise of the Petrine ministry.”

Vatican spokesman the Rev. Federico Lombardi said Pope Benedict had the right and potentially the duty to resign.

But he stressed that the pope’s decision was not because of any external pressure.