Sequestration: Continuing to harm the most vulnerable 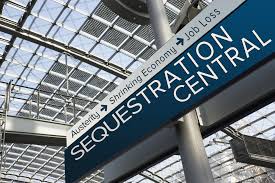 There are many distractions from the continued reality of the sequester and what effects the extreme cuts are having on the most vulnerable – from low-income families and children, to seniors, to cancer patients. We are calling on Democrats to step up to the plate and make a reversal of this decision, this attack on the poor, a top priority.

The Bible gives specific warnings against such disregard for the weak:

(8 The powerful own land;
the favored live in it.)
9 You have sent widows away empty;
crushed orphans’ resources.
10 For this reason, snares surround you;
sudden dread brings panic to you

The Huffington Post set out to tell the story of another slice of sequestration: the damage being done to Head Start. The 5.27 percent reduction to the $8 billion program is having a devastating effect on families with children in the program, according to interviews with parents across the country. Not everyone has experienced the loss of a child’s Head Start slot or a teary living room conversation. But parents have been left fearful and scrambling, worried that the cuts are shredding an already frayed social safety net upon which they depend.

…Sequestration was meant to hurt people just like Reynolds and Bella, Misty and April. The policy’s designers made a bet in the summer of 2011 that a deficit-reduction cleaver that decimated defense and harmed the most vulnerable would be abhorrent to Republicans and Democrats alike. They lost the bet. Sequestration went into effect on March 1, 2013, after lawmakers failed to agree on a replacement.