The Term “Evangelical” is Actually Rooted in Social Justice 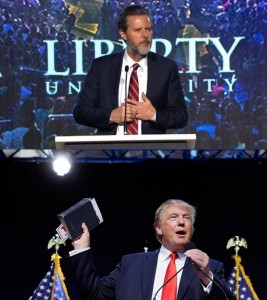 We really need the media to stop portraying all Evangelicals as Right-Wing. How many times just this week have we seen headlines about the “Evangelical vote” and “another Evangelical endorses Trump?” The right-wing Evangelical movement has the ear and attention of the media, as do all the politics they embrace. But not all Evangelicals are conservative. And what does the term “Evangelical” even mean? We hear the term thrown around as if referring to some political, intolerant species, a radical sub-group of the Republican party. But the term “Evangelical” actually started with Jesus in His description of Himself and the good news – to the poor – he was here to bring. Listen to Rev. Jim Wallis describe the word and its true meaning, which is really rooted in social justice. as well as debunk the myth that all Evangelicals are Right-Wing.