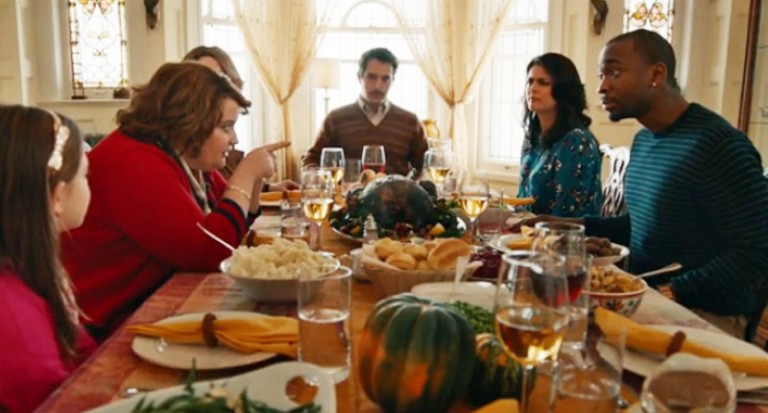 For some, Thanksgiving on any year can be a stressful time of potential conflicts or family drama. We have enough movies and Saturday Night Live skits to underscore this fact. But the age of Trump we are now in is a much more contentious time for many families, and over the past week our team at Christian Democrats of America has actually received requests for help on how to deal with the coming “my family are Trump supporters” drama. Christians with progressive values can be facing many arguments from conservative family members and friends, and so I have put together a list of responses to the most-often-heard arguments. I can speak to you firsthand because I, myself, have some family who are very devoted to the conservative cause and proudly announce their support of Trump.

Now it is true that the best passive-aggressive advice I can give you might be to just consider “Trump,” “abortion,” “impeachment” “Russia” “Rudy” or “Clinton” panic words which is understood to mean, “I have an emergency phone call, I’ll be back…!” You can even create secret signals to your progressive family members that it is time for that “special errand!” But all joking aside, I do understand this can be a particularly stressful time that is putting wedges and strain between families, even destroying relationships and getting a lot of people blocked on Facebook. But if you do need to engage in dialogue, here are the responses and the talking points Christian Democrats as a whole have embraced (some levity included!). Hope it helps, and hope you have a peaceful and blessed holiday, and are able to truly be thankful…and keep sanity in tact.

Christina Forrester is the Founder/Director of Christian Democrats of America. Follow her at @Christinaof9.