How are we as Christians perceived by the world? 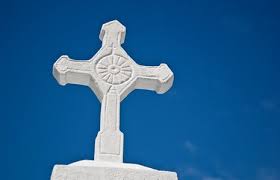 How are we as Christians perceived by the world?

Having had the opportunity, in the professional world, to walk among people of many different backgrounds, I have come to wrestle the perceptions of my Christianity I encounter and reactions that both unbelievers and I have towards Christians. I have become more comfortable among unbelievers than Christians. Unbelievers have a pragmatic sense of how to get along with other people, while many Christians lack both this pragmatic sense and the higher standard of behavior taught throughout the Bible. As a result, we have lost our Christian friends, left right-wing churches, and, until recently, been spiritual nomads among the “Nones” or “Unaffiliated.” Therefore, I would like us to take a critical look at our behaviors and the perceptions of them.

During the McCain/Obama campaign of 2008, an unbelieving friend and coworker stopped me in the hallway one day and asked a shocking question; “Even as an atheist, I realize that the teachings of Christ are good guidelines for life. Why then do I see Christians violating these teachings more than anyone else?” With tears in my eyes, I surprised him by saying that not only do I see what he sees, but I agree with him. This discussion was bracketed by having to tell three prominent members of my church, at the time, to stop sending me email of malicious gossip and filth that violated Biblical principles and is offensive to me, as a Christian.

Immediately after the 2012 elections, we had brunch with a Jewish couple. During the conversation, the husband asked me; “What ever happened to the teachings of Jesus?” Believe me, I have asked myself the same question. Therefore, I could only respond by saying; “Gone by the wayside.” Actually, the teachings of Jesus and the apostles have been replaced or overridden by another set of teachings. A local pastor, when it was suggested that he teach on Biblical ethics, stated publicly; “The Biblical teachings of are OK, but … we can’t let socialism into our life.” The Word of God has been trumped and the ungodly behaviors of the political world have been adopted by the church, replacing the behaviors taught in the scriptures!

Throughout the years, I have noticed two interesting and disturbing set of reactions to being a Christian. When I meet unbelievers who discover that I am a Christian, I have noticed that they often brace themselves, expecting a load of garbage to come out of my mouth. After not seeing it, they will often ask why I don’t behave like other Christians. When I state that; “As a Biblical Christian, I will conduct myself according to Biblical ethics and refuse to behave this way,” the barriers come down. When I meet so-called Christians who discover that I am also a Christian, I often get an immediate load of garbage, under the assumption that I likewise participate in or, at least, tolerate this behavior. My response above usually results in rejection, as if I’m an unbeliever. I have concluded that there must be a “required evil” that all Christians are expected to exhibit, but I simply don’t. Jesus expressed it well to another group, when he said; “Woe unto you, scribes and Pharisees, hypocrites! for ye compass sea and land to make one proselyte, and when he is made, ye make him twofold more the child of hell than yourselves.” Matt 23:15, KJV

More than anything, I see those who bear the name of Christ driving people, like my coworkers, away from, rather than drawing them toward, Christianity and salvation. This was expressed most clearly by a person who stated that she would never enter a church, because of the narrow-mindedness, intolerance, etc. that she sees. It is this negative witness to unbelievers, that is diametrically opposite to God’s expressed purpose of the church and what grieves me the most about these discussions. Never in my wildest imagination would I have ever thought that Christians would be the greatest impediment to the spreading of the Gospel. As Paul addressed to the ambassadors of God in his time, the Jews, he might address us today; “God’s name is blasphemed among the Gentiles [unbelievers] because of you [Christians].” Rom 2:24, NIV

The apostle Paul wrote; “Be very careful, then, how you live – not as unwise but as wise, making the most of every opportunity, because the days are evil. Therefore do not be foolish, but understand what the Lord’s will is.” Eph 5:15-17, NIV Therefore, I suggest we all:

Cee Gee is a Bible-based Christian engineer, teacher, writer and contributing author to the Values Blog with an emphatic concern about the witness of the church.