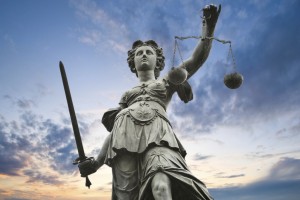 Help us send a Bible with highlighted verses about taking care of the poor and vulnerable and compassion to immigrants to the incoming Trump administration and every single member of Congress!

Many newly elected members of Congress and the newly elected President himself, ran in 2016 claiming not only to be “very strong Christians,” but on a platform they claimed broadly was backed by scripture. They won millions of votes within the Evangelical and other Christian voting bases with claims of protecting Christian values and rights. So in response, and with your help, we would like to remind the incoming administration and Congress just exactly what the Bible does say about the issues surrounding important decisions facing them. You cannot claim to follow Jesus and live a holy life yet neglect chapters such as Matthew 25 or Isaiah 58. Maybe some of them forgot these numerous scriptures…so before they begin making new legislation, they need reminding.
We considered what kind of protest Christian Democrats could uniquely hold that would make a statement to the incoming administration, Congress and President, gain media attention and speak to the country about where Christian Democrats stand and that we have a strong voice that needs to be heard. Instead of hitting the streets, we decided we will send Bibles with scriptures about taking care of the poor and the stranger, not abandoning those in need, and the judgment nations face for oppressing the least of these. We are specifically asking Congress and the new President to not cut and completely gut the protections for the sick and poor the Affordable Care Act provides, to not cut and dismantle social safety net programs, abandon funding to programs (social security, Medicaid, affordable housing, homeless efforts, etc), AND to treat immigrants and their families with fairness and compassion.

HELP US MAKE THIS EFFORT GO VIRAL! PLEASE SUPPORT THIS PROTEST EFFORT AND SHARE IT WIDELY WITH YOUR FRIENDS AND FAMILY!