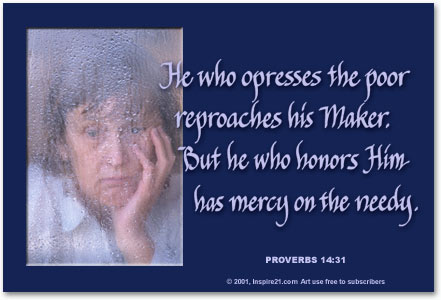 Shame on the Democrats and Republicans who voted for these cuts, and pray this does not pass, leaving millions without food! God bless Rep. Barbara Lee, a California Democrat, who “is mobilizing opposition to the spending reductions. She’s lined up 20 lawmakers to rally next week at a Safeway grocery store in Washington and pledge to limit their food purchases for a week to $31.50, the average food stamp payment.”

WASHINGTON — Billions of dollars in funding cuts for food stamps, contained in bills moving through Congress, have split Democratic lawmakers and angered advocates for the poor, who criticize the cuts as heartless attempts to reduce the federal budget deficit.

The anti-hunger lobbyists are especially disappointed by Democrats who in recent weeks have voted for the cuts in legislation that passed the House of Representatives and Senate agriculture committees last month, measures that also contain controversial aid to farmers.

“Food stamps have been protected for decades,” said Ellen Teller, the head of governmental affairs for Food Research and Action Center, a Washington advocacy group. “This is the first time they’re being cut for deficit reduction. We think it’s wrong to pay down the deficit on the backs of the poor.”

Teller and others who work to protect low-income Americans are dismayed because food stamps were among the safety net programs that Congress exempted from the forced across-the-board cuts now in effect under the system known as sequestration.