The Desperation of Many Ends With Obamacare 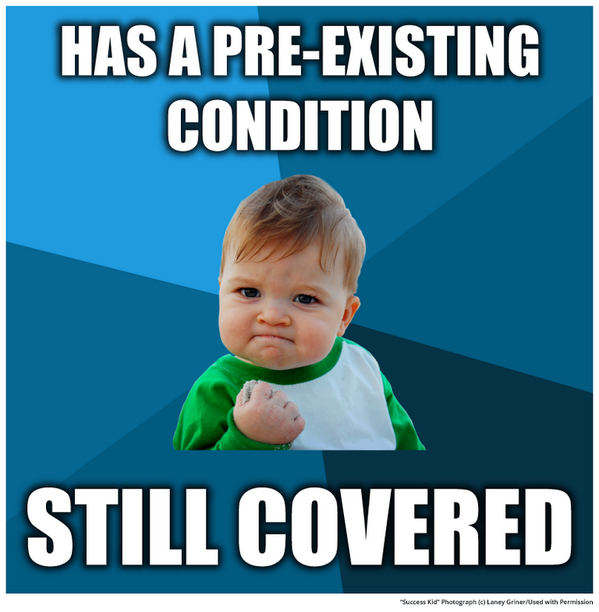 My story is not too different from her….I’ve been without insurance for 8 years, have needed asthma medication and since I’m self-employed could not get covered due to asthma as a pre-existing condition. I’m thankful for those in Congress who have held fast for people like me, and for the President. Now me and millions like me can get the care and medications we need. I’ve survived with a good quality of life and able to have the medication for my asthma I needed the last 8 years only due to God’s grace – and a lot of creativity! This is truly an answer to prayer, and it is beyond me that anyone would be so determined to strip it away from people that they would shut down the government over it. Absolutely incomprehensible. They’ve never been in a position of having to choose between quality of life and paying your bills. I understand what it is like. But now even as the owner of a successful small business instead of a struggling college student, without the changes that have come through Obamacare, I wouldn’t be getting insurance anytime soon…the inability to breathe used to indeed be a pre-existing condition.

Til this day, I’m not 100 percent sure what happened. The conclusion that I came to, and the one that most doctors stated, was that I had some sort of bacterial infection, likely transmitted from contaminated food. But who knows for certain. All I remember is being very ill for several months to the point where everyone constantly told me I looked pale and needed rest. I remember going from community health center to community health center trying to get an answer. I recall the frustration of not being able to go to a doctor that knew my history, and that could really dedicate time to diagnosing what was wrong. I remember the agony of not being able to get proper care and being treated as if I was some sort of a burden as I gave my financial records to doctors, hospitals and specialists in an attempt to work out payments. And I remember the embarrassment of finally accepting charity care as a last resort when things reached a tipping point during this time period several years ago. All of this because I, like millions of Americans, don’t have health insurance.

It is mind boggling that in the most powerful country on the planet, we let millions go uninsured and underinsured. Perhaps that is what so many are fearful of, that if we have a healthier population, we may in fact have a more productive population that starts paying attention and sees political posturing for what it is — a game. Well, game over. On October 1st, the law went into effect, and I for one will be sure to sign up. I’ve literally had a countdown to this day, as I’m sure so many others have too. We, the millions of Americans who are uninsured and underinsured, are not lazy. We’re hard-working Americans who despite our efforts and good intentions cannot afford premiums designed for businesses and corporations. We, the single-payer, needed a single-payer/public option. But since certain lawmakers made that impossible, we’d like to partake in the new health care act that is at least beginning a process of reform.

In the meantime, perhaps all Congressional leaders and others chanting loudly to postpone signup for the Affordable Care Act should lose their health coverage for a year and we’ll see what their thoughts are then in 2014.