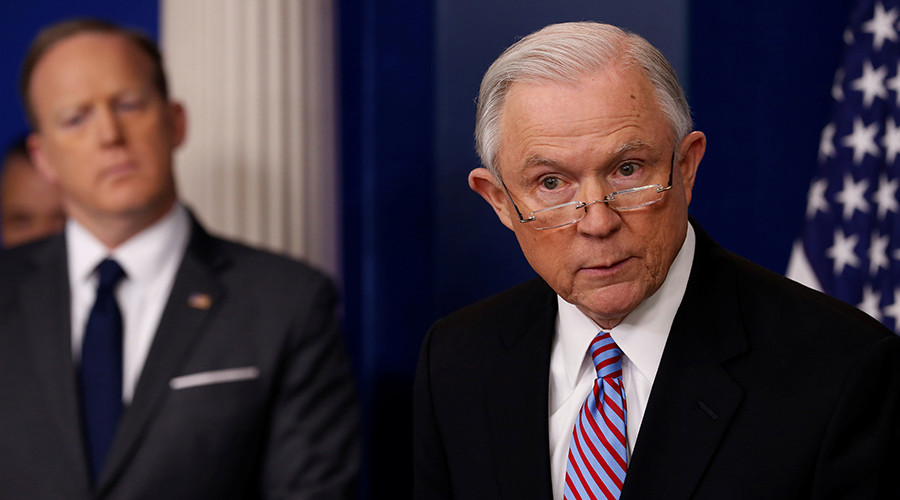 Attorney General Jeff Sessions announced today he’ll begin punishing sanctuary cities, withholding potentially billions of dollars in federal money — and even clawing back funds that had been doled out in the past. Speaking at the White House, Mr. Sessions said his department is preparing to dole out more than $4 billion in funds this year, but will try prevent any of it from going to sanctuaries. “Countless Americans would be alive today … if these policies of sanctuary cities were ended,” Mr. Sessions said….read the full story here.

What AG Sessions just announced is a heavy-handed far-right measure against policies that work. And it is blackmail. Our Attorney General is getting his facts from the “alternative facts” Trump playbook. Here is the truth about Sanctuary Cities, and this is confirmed by multiple credible sources and studies…

“Research has shown that working with federal immigration enforcement made it harder for local police agencies to investigate crimes because witnesses and victims who were in the country illegally would be less likely to come forward if they thought they risked being detained and deported. It could be that sanctuary counties have immigrant populations who are more integrated into their social fabric and economies, he said. The research also revealed that smaller, more rural counties experienced the most significant impact from sanctuary policies on their crime rates (lower) and economies (stronger).” – Tom Wong in NPR’s “Why Sanctuary Cities Are Safer” Read the study and more statistics here.

From this, we see that even the rural communities Trump promised to protect and “never forget” are much better off as sanctuary cities and this new heavy-handed enforcement/blackmail would harm the people he pledged to protect. This is nothing more than twisting the facts, using isolated stories to scapegoat immigrants. It is the entire system that needs an overhaul, a pathway for the undocumented who are part of our communities, churches, our neighbors, to come out of the shadows. There is no such pathway now.

Job 29:16 I was a father to the poor and assisted strangers who needed help.