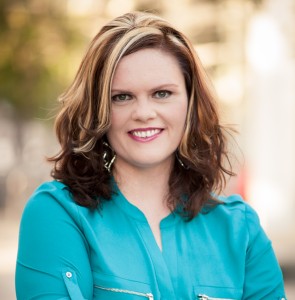 Like the rest of you, I have been heavy in heart watching these past months as so many Evangelical and Christian leaders stood up for Trump, even to the point of calling him God’s “chosen one.” Over 2,000 churches played a video of Mike Pence instead of a Sunday sermon the Sunday before election day. They came out on social media attacking anyone who did not go along with the new Trump-Republican agenda as un-Christian. I was at times outraged for the misuse of scripture and using the name of Jesus to support hate and bullying, other times grieved and heart broken. And since the election, the atmosphere and warfare has only increased – exponentially. The good news is our influence has also increased as people have been drawn to Christian Democrats of America and the Christians Against Hate movement as a source of hope – searching for some people who still hold to true Christian teachings of love, compassion and justice. We have added thousands to our numbers and at one point thanks to the generosity of some members, we were able to reach 1.7 million new people with our message on Facebook alone!

We have a real opportunity here before us to make a major difference. Even moderate Republicans are becoming disillusioned. We are among those people God is using in these times to stand in the gap and we need to make our voice louder, reach more people than ever before and take bolder actions. We can be a movement that changes the perception of what a Christian voter is, what a Christian in America is, and we are already having that kind of impact. We can also provide a safe haven for the millions of people who are displaced and searching right now and every one of you is a big part of this movement and community.
We have plans for the New Year that will enable us to take away some of that power of the Religious Right and create a proactive and protective community. Just a few of the plans we have:
We have always existed for the purpose of giving YOU a voice! We can take back the monopoly on the Christian vote from Republicans, to hold Democrats accountable to a social justice agenda that we care about as people of faith. But as a community I want to be honest with you – we can’t make any of this happen without funding. We are not funded by any outside group, by any PAC or big donors. Any funding we have had, which has come from the small sales of merchandise, some small contributions and contributors, has been just enough to sustain a small advertising budget throughout the election, although right now because of website maintenance costs we don’t have enough to even advertise on Facebook or Twitter, and thus our reach and influence is decreasing every day. This is a grassroots campaign and always has been. We don’t ask for money often, we haven’t been pushing a membership that requires a contribution. Partly because as a leader that has never been my focus – no one is in this to get rich and I have put in full time hours at the expense of making a living myself for years to this movement, as have others on our team. However, there comes a time when we have to talk about funding if we really want to see this movement go forward and right now there are too many people in this country who need us, and what we can represent and the change we can make is just too important to sweep under the rug.
Our existence, growth and action is of vital importance in this country at this moment and if you agree with that statement and support our movement, I’m asking you to help us move forward. If even 2% of our dedicated followers becomes a $5 contributing member to helping us advance our movement, we can take all these actions outlined above and reach a minimum of 1 million new people per week, tear down the Religious Right Trumpian wall and fight the Trump administration. That’s one latte per month to make this movement happen!
Will you stand with me as a Christian Against Hate and become an official member of CDA? Unlike some organizations, we only ask for some type of monthly contribution – whatever you can afford, whether that be $5 or $25 or more. Starting in January, as a member, you will receive a special membership button, Christians Against Hate wristband and our new quarterly report newsletter. You’ll also be invited to a special call to update you on our progress and involve you in our actions. We want you to be part of this movement every step and we may call on you to vote on decisions and be involved in a variety of ways should you choose.

We cannot continue to allow the Religious Right who supported Trump to be the #1 influencer of the Christian vote and the voice for Christianity in the media. You all know what an important time this is and it is certainly not a time we can back track. But unfortunately, we can’t move forward and take any of these actions without your support. You may also make a one-time donation as God leads you.

Will you stand with us?