“It’s depressing. Here I am, 50, with nothing saved,” McKee says. “They can’t just keep cutting people at the lower or bottom range.”

This article should sound the alarm for Christians across the country to begin to pray – scripturally, this is our top social concern. We are praying today for the thousands like McKee and the millions in poverty in this great country. The condition of our bottom % reflect the values of a nation. 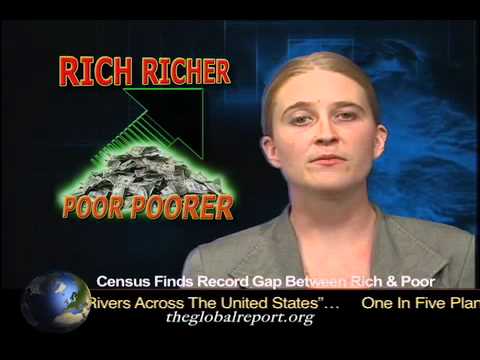 This is also why we must re-elect President Obama and elect a Democratic filibuster-proof majority in Congress. We can then see the American Jobs Act passed and see an extension and broadening of benefits to assist low income and jobless families and help them find work. If the Romney/Ryan budget were passed, these people would be in worse condition by far than they are now as deep cuts are made in the programs that are literally keeping their children eating right now.

Isa 14: 32 What then shall one answer the messengers of that  nation? That the Lord has founded Zion, and in her shall the poor and afflicted of His people trust and find refuge.

States saw little relief from poverty in the past year, especially among children, the unemployed and those in the lowest income brackets.

The latest Census figures show that 17 states had increases in the number of people living in poverty between 2010 and 2011. Only one state, Vermont, had a decrease; the other 32 showed no change.

Although the national poverty rate has been steady at 15.9%, the Census data show pockets of increases by geography and among demographic groups. The data reflect the economy’s slow recovery and anemic job growth, policy analysts say.

“The problem is high unemployment,” says Chuck Sheketoff, executive director of the Oregon Center for Public Policy. “People are not gainfully employed. They are laid off. They are minimum-wage workers.”