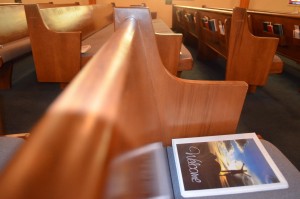 (Washington, D.C.) Christian Democrats of America (CDA), an organization committed to reforming social injustices, being a voice for those without a voice, and changing the perception of Christian values in action worldwide, announces the launch of the National Directory of Safe Churches initiative (NDSC). Every day Christian Democrats, progressives, LGBTQ, immigrants, refugees and diverse populations are reaching out to look for a church that is welcoming to all, stands for social justice and love, and is free from endorsement of Religious-Right teachings and Trumpian GOP views. There are also thousands of Christians who have expressed being unable to continue to fellowship in churches that were preaching Right-Wing politics, were not inclusive, turning away people who vote Democrat. Immigrants, refugees and minority populations are also in need of Sanctuary Churches and protective, loving church homes more than ever at this time.

Jessica Forrester, Chief Operations Officer for CDA, states, “This is a very important project so that we can give people the access they need, especially in red states, to local ‘safe churches’ near them and it is also important in our effort to building a progressive and non-Trumpian church coalition – a network of progressive-friendly churches.”

With the recent executive order imposed by President Trump where federal funding would be denied to Sanctuary Cities, it will be more important than ever for churches to become and identify as a “Safe Church.”

CDA is asking that churches whose message focuses on Jesus’ teachings of love and inclusion, and is welcoming to all, designate themselves as a safe church and to declare themselves as a sanctuary church if they are also willing to or are already protecting undocumented immigrant and/or refugee families.

Christina Forrester, Founder and Director of Christian Democrats of America (CDA) states, “now is the time we must make our stand as Christians for compassion and protect the vulnerable and weak. What is happening in our country is so far from not only Christian values but our basic moral values as Americans.”

This initiative will be a continual work in progress and made possible largely due to the dedicated members of CDA whose vetting and research is instrumental in ensuring the directory maintains a list of churches dedicated to the values of what a Safe Church stands for.

Christina Forrester adds, “I invite anyone who sees a need for this type of coalition of social justice, safe, and sanctuary churches to join this team and help us make it happen. The religious right is organized and it gave us Donald Trump. It’s past time Christian progressives, Democrats and Christians who believe in values against hate, for compassion, for justice, love and mercy and stand with the stranger get organized and resist. We have a Biblical mandate to protect the stranger, weak, sick and vulnerable.”

Add your church to the safe church directory or join the Christian Democrats Resistance Team to help build the NDSC.