The Line: Who DIDN’T Win the Presidential Debate? 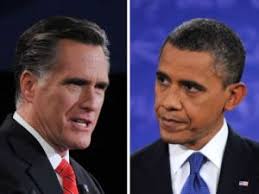 A lot is being said about what critical domestic issues the debaters did not engage in last night while they argued tax policy – education, unions, gay marriage, women’s rights, immigration – but the topic they did not address that affects the most of people struggling is poverty. The very poor, the homeless, the working poor and the jobless stuck in the cycle of dependency and survival. This is one of the most important articles you can read and movies you can see this year – one every Christian in America needs to see.

Many people in America are poor, due to no fault of their own—and their numbers are growing.

If you really know any poor people, you know that to be true. If you don’t, the first sentence of this post runs against the grain of many cultural assumptions in America that tend to blame people for being poor.

On the eve of the first Presidential debate, Sojourners premiered The Line — a film about the new faces of poverty in America. In this powerful documentary from award-winning filmmaker Linda Midgett, those popular judgmental assumptions against poor people clearly and convincingly are debunked.

The Line, which I am asking everyone who reads this column to watch, deftly dismantles many stereotypes about poverty and why a growing number of Americans find themselves falling into it. The film does so by telling the personal stories of people who have fallen beneath “the line.”