What a Liberal Wants 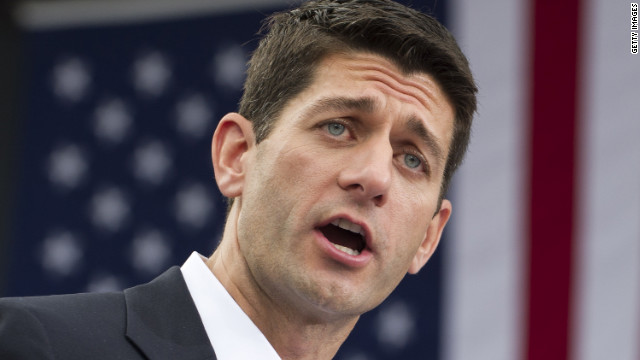 Republicans unveiled their grand budget plan, which is basically The Ryan Plan without compromise. The “Robin-Hood in reverse” budget consists of repealing Obamacare and replacing it with vouchers, slashing programs for low income families, and giving more tax incentives to corporations and the wealthy. Compare this plan with the ideal plan laid out here from our blogger…which looks more like something a Christian should support? This is obviously a dream list, but should we not expect a little more compromise from the GOP after they lost the elections and the people have made clear what they want?

What a Liberal Wants

In a perfect world, where sin was no issue and mankind were in harmony with each other, we would never need government.  But as imperfect and “fallen” creatures (in the context of the fall of man from Genesis), we have to make due with what we have.  So, in today’s world, we have a society that is wroth with injustice.  A society where the big business man doesn’t feel it necessary to pay his or her employees a livable wage, where managers hire and fire for poor reasons, where people steal from their employer or employers steal from their workers, where survival is elevated above sacrifice and wealth accumulation is pushed ahead of the welfare of your workers and their lives.  As concerned citizens of society with a desire to see everyone succeed, as well as a desire to see all citizens live up to their potentials, and with the determination to fight for everyone’s voice in society, we as liberals should be pushing for policy that does just that.  Policy that creates disincentives to cheat and creates incentives to better yourself, succeed, and finally become productive members of society.  For me, these are a few things that have been close to my heart, and some of it comes from suggestions that the Democratic Progressive Caucus has proposed, and some from Senator Bernie Sanders, I-VT, as well as other ideas drawn from various states from across the world that I’ve been aware of.  Check out the list here and see what you can fall behind, and if you so desire, discuss and debate some of the ideas below.  The dialogue is important just as much as the ideas themselves.

1) Employment security for our citizens.

2) The freedom to choose what happens to your body.

3) That we, as a nation, strengthen the social safety net to provide the following:

7)  Reform trade policy
This is what a Liberal wants.  These are policies that are not out of reach for us as a nation.  Together, we can bring about some real reforms which will make a difference in the every day lives of Americans everywhere.  Your government, our government, and the government we elect and pay for can work for us and make things a little better, a little more stable, and a little more just.
Gabriel Givens is a contributor to the Values Blog.  He holds a Bachelor’s Degree from The Evergreen State College in Political Science and History.  You can read more of Gabriel’s work at http://centerleftfield.blogspot.com.  You can follow him on twitter @gdgivens and subscribe to him at http://www.facebook.com/gabrielgivens.
Gabriel2013-03-12T20:46:56+00:00

About the Author: Gabriel

I'm a 31 year old Gay Christian Academic with a strong background in Political Science and History. I debate, argue, and demand logical, reasoned, and informed discussion. Would you like to know more about how I think, visit http://centerleftfield.blogspot.com