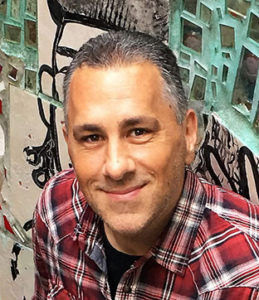 Get to know John Pavlovitz, the “rogue pastor” who preaches a message of Christian resistance in the age of Trump on a daily basis. CDA Director/Founder Christina Forrester got the chance to interview John and ask him 10 questions to understand better his mission and values (and musical tastes)! Don’t miss our interview with John on our podcast August 2nd.

1.What is a “Rogue Pastor” and does America need more?

Ha-ha! That term was coined a few years ago by a friend and talk radio host, and it stuck. The heart of the idea for me, is that we need more people of faith (specifically more ministers and church leaders), willing to speak the authentic heart of their spiritual convictions without apology, even if this causes them turbulence or opposition from the system itself. It doesn’t mean to be disconnected from faith community or from the Church—it means that you don’t let the fear, comfort, or pressure you can encounter there, alter your convictions.

In record numbers, the American Church is consistently and surely making Atheists—or at the very least it is making former Christians; people who no longer consider organized religion an option because the Jesus they recognize is absent. I spend a great deal of time talking to those people, and my heart is to show them something marked by Jesus’ presence.

Hear more from Pastor John Pavlovitz on our podcast “What Would Jesus Pod” August 2nd!