Using God to Manipulate Voters – A Word From an Evangelical Pastor 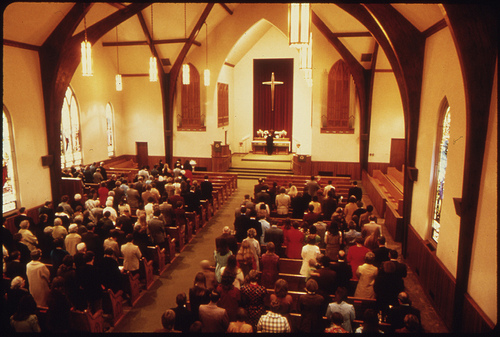 Using God to Manipulate Voters – A Word From an Evangelical Pastor

As a pastor, working in full-time ministry on many fronts for over 40 years, I see something happening in this election that is very troubling to me. It’s troubling, not only because of the content, but also because of the scope and frequency of which it’s occurring. What I’m speaking of, is Christian leaders, ministers, “prophets”, “apostles,” giving out “words” that God has spoken to them that Donald Trump is, “God’s guy,” “God’s anointed vessel…,” “God’s instrument to bring America back to it’s former greatness and morality,” and countless other and even more bizarre proclamations. (See Peter Montgomery’s article for an example “Stretching to Make Trump ‘God’s Guy’: 25 Religious Right Justifications for Backing the Donald.”)

It’s not wrong for Christian leaders, pastors, evangelists, etc., to have opinions and persuasions about who they feel would be the best candidate for America. However, to be a self-appointed voice for the Almighty, proclaiming His judgment on people who don’t vote for Trump, or telling people who are fellow Christians that they can’t be “true Christians” if they vote Democrat, is nothing less than spiritual bullying and one of the worst forms of misuse of religious authority that I have ever witnessed.

I truly believe that it’s high time, especially in light of this week’s revelations, for Christians who have chosen to be Democrats, or support Hillary Clinton, to come out from under the umbrella of intimidation by the GOP. The Republican party, contrary to their self-branding that they have worked so hard on for many years, does not have any sort of monopoly on Christianity or family values. They evolved from a pro-choice party, to a “pro-life” party in the 1970’s, using the issue of abortion as a rallying cry to consolidate around and win over the Democratic Catholics and Evangelicals. It became a highly effective tool to usher in a new era of social conservatism and appeal to much of the Christian community.

I want to urge you Christian Democrats, Progressives and Independents to shake off this intimidation and shaming that has gone on and is being stoked to a new fever pitch to try to get Republicans in office. Let me assure you, that God loves you and has His own wonderful plan for YOUR life, just as much as He does your Republican brother or sister! I believe that Hillary Clinton shows forth much more of the true attitude of Christ than her opponent- it is not even a close contest. However, I am not going to tell the unwavering Republican Christians that they are going to hell or going to face God’s harsh judgment if they vote for Trump. That’s religious manipulation and intimidation and an abuse of spiritual authority. I can list the reasons I believe why you, as a Christian, should vote for Hillary Clinton, but I, as a Christian leader, need to respect your right as a human being to make that final choice…and this is the same scripturally-mandated respect we should expect from our fellow Republican brothers and sisters.

Pastor Dave Forrester is Senior Pastor of Wings of Life Worship Center in Arizona and has been in full-time pastoral and evangelist ministry for 43 years. He is a CDA Advisory Board member and social justice advocate. Follow him on Twitter @PasForrester.