We’ve got a deal…for now 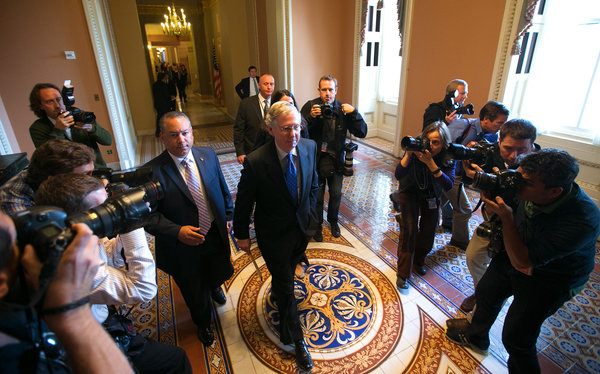 It looks as thought the Tea-Party hostage game with the country may end today, just hours before a US default and potential economic collapse. First, we’re going to Praise God that a deal has come through, that we won’t see the potential consequences on our nation that a default+shutdown might mean. Then, we’re not going to forget why this shutdown began in the first place, who was responsible for putting millions of Americans though unnecessary hardship – we won’t let the people forget in 2014 that this was all about stopping lower income and middle class families from being able to sign up for health care. Even Senator Lindsey Graham, Republican of South Carolina said today, “This has been a really bad two weeks for the Republican Party.”

And finally, we’re not going to stay satisfied with the continued sequester cuts, that target vulnerable populations throughout the country. We won’t stop pushing for better funding on programs that help bridge the economic gaps and create higher paying jobs.

But today…let’s be thankful the hold will be taken off, the bondage over our country broken.

WASHINGTON — Senate Democratic and Republican leaders on Wednesday reached final agreement on a deal to reopen the government and extend its borrowing authority into February, with final passage looking increasingly possible by Wednesday evening.

Senator Harry Reid of Nevada, the majority leader, and Senator Mitch McConnell of Kentucky, the Republican leader, announced the completion of the agreement shortly after noon, and the Senate Republicans who had led the push to shut down the government unless President Obama’s health care law was gutted conceded defeat and promised not to delay a final vote.

“This is not a time to point fingers of blame,” Mr. Reid said. “This is a time of reconciliation.”

The deal, with the government shutdown in its third week, yielded virtually no concessions to the Republicans, other than some minor tightening of income verifications for people obtaining subsidized insurance under the new health care law.