The Rich Man and Lazarus – Where Would You Have Them Go? 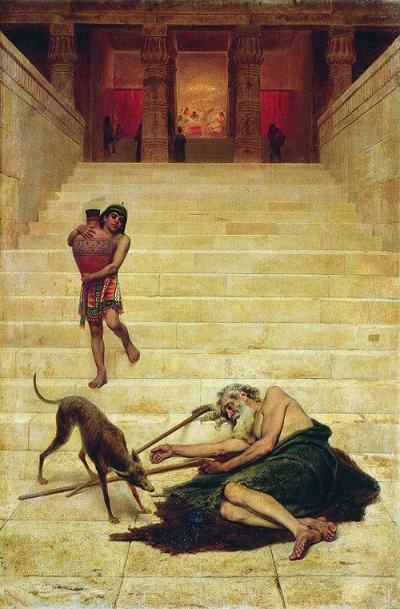 If the former mayor and other Republicans really don’t want to see homeless people on the streets, then why aren’t they supporting policies that will actually help get them off the streets? We need solution-oriented services, affordable housing, a better safety net, better mental health funding and compassion, not complaining and more criminalizing of the homeless. “However, instead of ‘getting rid’ of people, Mayor de Blasio wants to implement long-term solutions to homelessness, building new shelters, providing supportive services and ensuring the mentally ill homeless receive the care they need,” DeBlasio spokeswoman Karen Hinton said. This is exactly the kind of thinking we need.

Homelessness is on the rise not just in New York but in Los Angeles and across the country. A de Blasio administration official said “homelessness has been on the rise for the past 12 years because housing budgets have been slashed. People often have nowhere to go.” Again, if Republicans like former mayor Giuliani really hate to see the homeless so much, they should fund housing budgets and other long-term solutions. But Giuliani says: “I had a rule. You don’t get to live on the streets.”

Anyone who is espousing faith in Jesus Christ must understand that the Savior they profess made statements such as, “Foxes have dens and birds have nests, but the Son of Man has no place to lay his head (Matthew 8:20).” And He tells stories such as The Rich Man and Lazarus in Luke 16:19-31, about a homeless beggar who sat outside a rich man’s home, suffering while the man inside had every luxury. This particular story is strikingly, maybe eerily, similar to this very report. We cannot sweep people away who are made in God’s image any more than we can sweep away the teachings of Christ when discussing the homeless.