What does scripture say about equal pay? “Those who work deserve their pay!” 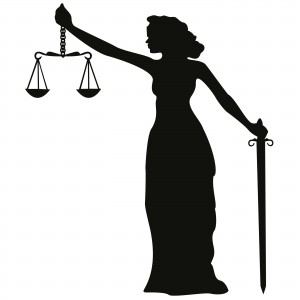 Christians should be among the first to stand for equal pay and throw their support behind Equal Pay Day. It is a common theme throughout scripture of treating workers fairly, distributing reward without partiality. Even in the Old Testament, Deborah, one of Israel’s judges and a mighty warrior, was given the same honor as male judges (Judges 4). And of course in 1 Timothy 5:18 we have the scripture that lays out the early church belief on this very clearly – here are two translations:

For the Scripture says, “You shall not muzzle the ox while it is treading out the grain [to keep it from eating],” and, “The worker is worthy of his wages [he deserves fair compensation].” (Amplified Bible)

For the Scripture says, “You must not muzzle an ox to keep it from eating as it treads out the grain.” And in another place, “Those who work deserve their pay!” (New Living Translation)

(For more scriptural references and resources on equality, visit Christians for Biblical Equality)

It is worthy of an outcry that we do not have equal pay for women in 2016 and that we see reports like this below.

Study: Women lose $500B a year from unequal pay

Women in America collectively lose nearly $500 billion every year because they’re paid less than men, according to a new study from the National Partnership for Women & Families released on Monday.

The analysis of U.S. Census Bureau data, which comes ahead of Equal Pay Day on Tuesday, found that women with full-time jobs, on average, make 79 cents for every dollar paid to men, which totals to about $10,762 a year.

African-American and Latina women make even less: 60 cents and 55 cents, respectively, for every dollar paid to white, non-Hispanic men.

“This analysis is a sobering reminder of the serious harm the wage gap causes women and families all across the country and especially women of color,” the partnership’s president, Debra Ness, said in a statement Monday. “At a time when women’s wages are so critical to the economic well-being of families, the country is counting on lawmakers to work together to advance strong, fair and family friendly workplace policies that would promote equal pay. There is no time to waste.”