The Unemployed Have Become Invisible 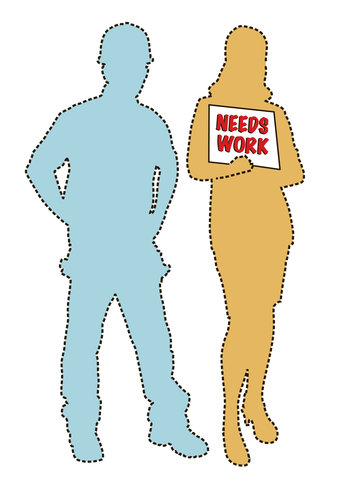 Jer 33:10 “This is what the LORD says: ‘You say about this place, “It is a desolate waste, without men or animals.” Yet in the towns of Judah and the streets of Jerusalem that are deserted, inhabited by neither men nor animals, there will be heard once more 11 the sounds of joy and gladness, the voices of bride and bridegroom, and the voices of those who bring thank offerings to the house of the LORD, saying,

“Give thanks to the LORD Almighty,
for the LORD is good;
his love endures forever.”

For I will restore the fortunes of the land as they were before,’ says the LORD.

12 “This is what the LORD Almighty says: ‘In this place, desolate and without men or animals—in all its towns there will again be pastures for shepherds to rest their flocks.

Fourteen million, in round numbers — that is how many Americans are now officially out of work.

Word came Friday from the Labor Department that, despite all the optimistic talk of an economic recovery, unemployment is going up, not down. The jobless rate rose to 9.2 percent in June.

What gives? And where, if anywhere, is the outrage?

The United States is in the grips of its gravest jobs crisis since Franklin D. Roosevelt was in the White House. Lose your job, and it will take roughly nine months to find a new one. That is off the charts. Many Americans have simply given up.

But unless you’re one of those unhappy 14 million, you might not even notice the problem. The budget deficit, not jobs, has been dominating the conversation in Washington. Unlike the hard-pressed in, say, Greece or Spain, the jobless in America seem, well, subdued. The old fire has gone out.

In some ways, this boils down to math, both economic and political. Yes, 9.2 percent of the American work force is unemployed — but 90.8 percent of it is working. To elected officials, the unemployed are a relatively small constituency. And with apologies to Karl Marx, the workers of the world, particularly the unemployed, are also no longer uniting.

Nor are they voting — or at least not as much as people with jobs. In 2010, some 46 percent of working Americans who were eligible to vote did so, compared with 35 percent of the unemployed, according to Michael McDonald, a political scientist at George Mason University. There was a similar turnout gap in the 2008 election.

It wasn’t always so. During the Great Depression, riots erupted on the bread lines. Even in the 1980s and 1990s, angry workers descended on Washington by the busload.

“There used to be a sense that unemployment was rich soil for radicalization and revolt,” says Nelson Lichtenstein, a professor of labor history at the University of California, Santa Barbara. “That was a motif in American history for a long time, but we don’t seem to have that anymore.”

Unemployment doesn’t necessarily beget apathy, Mr. McDonald says. Rather, demographic groups that are more likely to be unemployed also happen to be the same groups that are less likely to vote to begin with, such as the poor and the low-skilled.

Even so, numerous studies have shown that unemployment leads to feelings of shame and a loss of self-worth. And that is not particularly conducive to political organizing. As Heather Boushey, an economist at the liberal Center for American Progress, puts it, rather bluntly: “Nobody wants to join the Lame Club.”

That’s not to say that disillusionment about the economy will just fade away. But unless something changes, the unemployed seem unlikely to gain real political potency soon.

“There’s an illusion that grass-roots activity just begins spontaneously, that people get mad and suddenly say, ‘I’m not going to take it anymore!’ ” says Michael Kazin, a historian at Georgetown University. “But that’s not how it happens.”

Intellectuals used to play a big role in organizing labor. In the 1930s, Communists and socialists were a major force. Later, labor unions stepped in.

But today’s unions are not set up to serve the unemployed; they generally organize around workplaces, after all.

Read the full article at http://www.nytimes.com/2011/07/10/business/the-unemployed-somehow-became-invisible.html?_r=2&nl=todaysheadlines&emc=tha25.