The BIBLICAL Christian Response to the Syrian Refugee Crisis 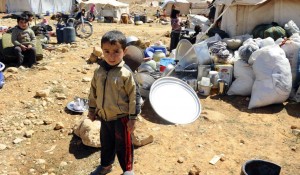 Do You REALLY Love Jesus? The Christian Response to the Syrian Refugee Crisis
By Jessica Forrester 11/19/15

I would expect all believers to read the headline “Do you really love Jesus?” and give a resounding “YES!” in response. However, is it really true? I challenge believers to take a step back and really give thought to this question. Why? Because to affirm our love for Jesus, we must also love His words and His commands. What makes this more defining than ever is the current Syrian Refugee crisis and our response in the wake of the recent terrorist attacks on Paris.

The Syrian refugee crisis is an issue that is of global concern, from both a humanitarian and logistical perspective. Though matters concerning immigration are not popular topics, especially for Republican candidates who are wavering between a hard-right and an extreme-right stance, the lives of others should always be of the greatest concern if you are claiming to be a Christian. I believe the world still looks to this country as a beacon of hope, but how long will that last with anti-immigrant and anti-refugee bills being passed like the one today in the House (by most all Republicans and 47 Democrats, I might point out). In fact, the essence of hope and freedom that the Statue of Liberty stands for, is still highly regarded by the world on a very personal, individual level. Many see it as having grown beyond its finely molded copper form to become a beacon of hope for exiles, a monument to American independence, and a metaphor for freedom and democracy worldwide. Yet, is this message of hope for a better life still an open offer?

This week there has been another monumental shift towards fear and propaganda towards those considered ‘the other.’ This includes Syrian refugees, and other refugees from countries where an intense fear is prevalent towards Muslims. The perception and verbiage has continued to turn more radical and hate infused since the Paris attacks. The voice of Islamophobia continues to escalate, not surprisingly, as the number of groups that are the proponents of the fear and hate continue to rise. We have been hearing this week how there are 31 state Governors opposing the resettlement of Syrian refugees, and daily statements made by the current GOP Presidential candidates:

Chris Christie: “Syrian orphans under five should be barred from entry into U.S.”

Ted Cruz: “The president’s plan to continue accepting Syrian refugees to the United State is nothing short of lunacy.” (I should point out that until recently Cruz supported their resettlement)

Ted Cruz and Jeb Bush: “We should focus our efforts as it relates to the refugees for the Christians that are being slaughtered.” (both said basically the same quote, adding that they believed we should be only allowing in Christian refugees)

Ben Carson: “If there’s a rabid dog running around in your neighborhood, you’re probably not going to assume something good about that dog, and you’re probably going to put your children out of the way.”

Have we have become a society who is minimally affected by even the most explicit of tragedies, whether it be refugee children, or even children dying at the hands of a mass murderer in the case of Sandy Hook? Scripture tells us to, “Watch yourselves closely so that you do not forget the things your eyes have seen or let them fade from your heart as long as you live. Teach them to your children and to their children after them” (Deuteronomy 4:9). If we continue to allow ourselves to be unaffected by tragedy, we will soon become a people devoid of any sense of humanity and compassion. What happens when the day comes when we need compassion, a helping hand, or someone to stand up and fight for our rights? We cannot turn a blind eye and then expect anyone to care about us when that time comes.

Jesus Himself spoke in-depth about loving our neighbor and even loving our enemies – and families fleeing their country for their lives without hope are not even enemies! These are the words of Jesus:

“Love your enemies, do good to those who hate you, bless those who curse you, pray for those who mistreat you.” Luke 6:27-28

“Do unto others as you would have them do unto you. If you love those who love you, what credit is that to you?” Luke 6:31-32

“Love your neighbor as yourself. There is no commandment greater than these.” Mark 12:31

We need to remember the outrage, fear, and passion felt to attack and annihilate those we thought responsible for 9/11…Where did that get us? What did that achieve? The refugees have a more thorough vetting process than any other immigrant group and there has been no direct connection to the Syrian refugees and the recent terrorist attacks. We need to set the example to the world…and we’ve been told clearly how to respond: James 1:27 Religion that God our Father accepts as pure and faultless is this: to look after orphans and widows in their distress and to keep oneself from being polluted by the world. So I challenge you today to take up the Sword of the Spirit and fight for those who are vulnerable and cannot fight for themselves. These refugees are homeless, they have nothing. Children, widows, orphans, mothers. If love is the fulfillment of the law, then as Christians we must take up that fight.

Jessica Forrester is a contributing writer for Christian Democrats of America.