Christian Democrats Are Jumping Off the Trump Train 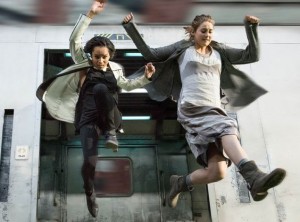 It’s Time For Democrats To Get Off the Trump Train

We have all spent a lot of time and energy reacting to Donald Trump, for far too long. We have allowed this man and the alt-right to control the narrative; made it our job to react to the incredulity, the cruelty, the shock, the horror, the bullying…and many times have nothing to show for it except more fear, more anxiety, more fighting and more “energy” to his base. We let him dictate our news cycle, our posts, tweets, our resistance efforts, and because of fear of standing up to religious peer-pressure, many Christians have allowed a large percentage of Evangelicals and the Religious Right to allow him to twist their entire doctrine! When Trump made the decision to come to Phoenix for a rally at such a contentious time, I came to a full realization of something very important: he is the puppet-master; we are the puppets. He has been employing these shock tactics from the very beginning of his campaign, and the media has fallen for it and unfortunately, many Democrats have too. The entire 2016 campaign was a fight against Trump and his hate rhetoric, after all. But has it worked? Look who is in office and in control of Congress….so the answer is, no, it did not.

I refuse to be under the control of or lead an organization and movement that is dictated to by this man, and I feel this in a spiritually profound way. My mom taught me a very important lesson when I was a kid that has come back to me in the last few days – not to give attention and time to bullies because that gives them power. “Do you want to give them the power to control you? Are they worth it?” she would say. And my indignation would rise up as I would respond “NO! I will not be controlled.” And my indignation has risen up again…don’t give them the attention they crave! They want us to focus on culture wars, statues and every incredulous and outrageous thing Trump has tweeted to keep us distracted from what is really going on. So what we have now are Democrats walking around talking about the civil war and bathrooms and statues instead of the millions of people living in poverty who the Republicans are not doing anything to help, the rise of homelessness that is not getting any better, the problems with healthcare that are not improving, an education system that is falling apart, the fact that Republicans have gotten nothing done that is helpful for anyone that is not a wealthy millionaire or billionaire. And Democrats seem no closer to winning anything now than they did in November.

So from this day forward you will find CDA focusing on the facts about what is going on, sharing stories, simply sharing the truth of what’s happening and focusing on the Economics of Justice, the underlying beliefs and problems arising from a new religious right doctrine that has infiltrated the White House. Democrats are not keeping their focus where it should be and so we must be an example and lead a new narrative focused on economic and social justice. And in order to facilitate this, I am excited to announce our new and first-ever magazine, The Progressive Gap! There are millions of Americans who don’t fall into the far-right or the far-left column, Christians who are no longer accepted at their churches or can’t even find a place to worship and fellowship because they don’t fit in the box. Through this new platform we will be able to fight harder against hate, against the Trump “doctrine,” and yes, against Nazis…but stop playing into their narrative. The Christians Resist/Christians Against Hate movement will take on a focus outside of the daily news cycle that Trump dictates. This doesn’t mean we won’t respond to stories or share them, on the contrary – we will respond to and share more than we have before! But we’re going to talk a lot more about all those things he doesn’t want us talking about instead of the things he does.

Before he resigned (or was fired?) Steve Bannon actually said to a liberal magazine that Democrats are falling into a trap. “I want them to talk about racism every day. If the left is focused on race and identity, and we go with economic nationalism, we can crush the Democrats.” It is not that we should not stand up against hate, on the contrary – but pick the right battles. We have to resist, but effectively, and falling into the traps laid out by Trump continuously is not effective. Who gets the headlines of the day, every day?

Not everyone will like our new direction and that is OK. I am not pointing fingers, because I am just as guilty as everyone else of riding the Trump Train. But now I am disembarking and I hope others will follow and stop pursuing the clickbait fights that the alt-right lays out to distract us. It is not easy to not take the bait when it is presented on a daily and weekly basis and it is so tantalizing. How can we not stand up in outrage? But instead of the latest “PC crisis,” why don’t we become outraged and talk about what Republicans and Trump are actually doing, and not doing to and for America? I cannot promise I won’t react at times, and as an organization we will make mistakes along the way, but we have to jump the train and stop responding and reacting. No more puppet-master. More sanity.

Our new magazine will be the face of the Christian resistance and it is launching Monday along with a new CDA website. We are marching forward, strong. Will you join me in disembarking from the Trump Train?

Christina Forrester is the founder and director of Christian Democrats of America.

Sign up to our email list or become a CDA member to be the first to see a preview of The Progressive Gap and have a chance at pre-order packages or text CHRISTIANDEMS to 22828.

Read more about what the term “Progressive Gap” means.