Hillary has accomplished so much in the past 4 years and has given America credibility in the world again – thank you Hillary! 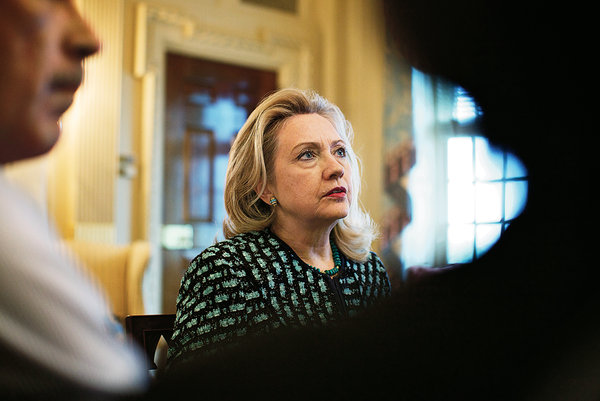 Jessica Dimmock/VII, for The New York Times Secretary of State Hillary Rodham Clinton at a senior staff meeting in Washington.

On May 3, the day after an artful deal to end the diplomatic crisis over Chen Guangcheng, China’s now-famous dissident, unraveled spectacularly, Hillary Rodham Clinton followed a scrum of Chinese ministers around an exhibition of clean cookstoves. These are safer, portable alternatives to the crude stoves used by hundreds of millions of women in the developing world — at grave risk to themselves, their children and the planet. Not long after becoming secretary of state in 2009, Clinton took up the cookstove cause, one of what she describes as “smart power” issues — though skeptical veterans of American foreign policy tend to deride them as soft more than smart.