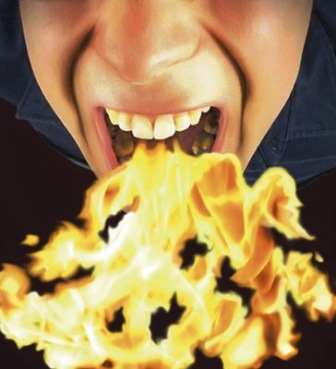 In two recent articles from a pastor and Christian magazine, we see a new emphasis on the sins of gossip, slander, exclusion and hate-talk. We are hoping the new emphasis continues! Why is it that we hear more about only a handful of “moral sins” and how this is breaking down America’s spirituality, when some of the most dangerous spiritual sins are left out of the narrative? Scapegoating the poor, calling immigrants and homosexuals ugly names, labeling either political side with slanderous attributes…all this contributes to the narrative some Christians have embraced, and we are all likely guilty of in some way (although some much more than others). The Old Testament and New Testament both continually stress the danger of slander, gossip and the un-tamable tongue! James says in James 3:7-10

All kinds of animals, birds, reptiles and sea creatures are being tamed and have been tamed by mankind, but no human being can tame the tongue. It is a restless evil, full of deadly poison. With the tongue we praise our Lord and Father, and with it we curse human beings, who have been made in God’s likeness. Out of the same mouth come praise and cursing. My brothers and sisters, this should not be.

The Christian media has spent too much time focusing on “sins” that feed the ego: “I’m not like THEM! They are bad, immoral, illegal…” This, while all along they are committing some of the greatest of all religious sins: self-righteousness and judgment…hypocrisy.

All we have to do is look at what Jesus said about judgment, self-righteousness and loud proclamations:

Matthew 23:5 “Everything they do is done for people to see: They make their phylacteries wide and the tassels on their garments long; 6 they love the place of honor at banquets and the most important seats in the synagogues; 7 they love to be greeted with respect in the marketplaces and to be called ‘Rabbi’ by others. 8 “But you are not to be called ‘Rabbi,’ for you have one Teacher, and you are all brothers. 9 And do not call anyone on earth ‘father,’ for you have one Father,and he is in heaven. 10 Nor are you to be called instructors, for you have one Instructor, the Messiah. 11 The greatest among you will be your servant. 12 For those who exalt themselves will be humbled, and those who humble themselves will be exalted….23 “Woe to you, teachers of the law and Pharisees, you hypocrites! You give a tenth of your spices—mint, dill and cumin. But you have neglected the more important matters of the law—justice, mercy and faithfulness. You should have practiced the latter, without neglecting the former. 24 You blind guides! You strain out a gnat but swallow a camel. 25 “Woe to you, teachers of the law and Pharisees, you hypocrites! You clean the outside of the cup and dish, but inside they are full of greed and self-indulgence. 26 Blind Pharisee! First clean the inside of the cup and dish, and then the outside also will be clean.

Or what the prophet Isaiah said in Isaiah 58:9-10 (emphasis added):

“…If you do away with the yoke of oppression, with the pointing finger and malicious talk, and if you spend yourselves in behalf of the hungry and satisfy the needs of the oppressed, then your light will rise in the darkness…”

The articles and previews are below – let’s get this message out!

A truly inspired blog for this time now, The Politics of Demonization (Demonic Talk on Immigration and Other Things)… by Jonathan Martin:

“Nothing we can say or do can reduce the inherent dignity of another human, created in the image of God. But when we demonize an “other,” we dehumanize ourselves, and turn ourselves into demons. No wonder, since accusation and blame are at the very center of what Scripture describes as “the Satan”–literally, the accuser. In the same way that love is not just something that God does, love is what God is; accusation is not what Satan does–it is what Satan is…This is why Jesus is hard on the Pharisees, but never on ordinary sinners: because religious sin is the only truly dangerous kind, because playing God is the only way to keep God far from us. Yet when we are caught up in the power of the Satan, we like the Pharisees, strangely seem to miss this all the more even when we have our Bibles open in front of us. We not only imitate the Satan in our accusation, we also learn to interpret Scripture in devilish ways that justify our own fear-mongering; we develop acrobatic, Cirque du Soleil hermeneutics.”

Great points here by Mark Sandlin via Sojourners, The Top 10 Things the Church Can’t Do While Following Jesus:

1) Hate a person or group of people.

I’m looking at you, Westboro Baptist Church. To be fair, they are far from the only church that practices religion by talking about the things they hate. But they just make it so easy to focus on them. If you want to follow Jesus, let love be your guiding thought. After all, God is love.

I pointed out in the first article in this series on “10 Things” that Jesus had a rebel streak in him that actually sought out folks who didn’t “fit in.” Too frequently, modern-day churches are in the habit of defining who doesn’t fit in and then excluding them. That behavior not only stands over and against Jesus’ examples and teachings on reaching out to the outsiders, but it is also counter to his core message. It’s a little thing he called love. It was so important he told us loving other people and caring for them is the same as loving and caring for God.

Even though there are some places I’d like to see the new pope be more inclusive, I like Pope Francis quite a bit. When it comes to his thoughts on gossip, I’m a big fan. Gossip is like slapping Jesus. Every time you talk poorly of someone else, you are talking about a child of God. As Pope Francis says, it brings “to the Church a spirit of destruction.” That’s not what Jesus would do.