America Hijacked by the Freedom Caucus 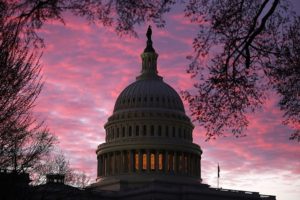 America Hijacked by the Freedom Caucus

The extreme “conservative” fringe of our American political landscape has hijacked two words of our language and is using them against voters.  These words are used as double entendres and meant to specifically disrupt our thought because they have been traditionally used in a different way.  They have traditionally, here in the states, been used in an individual way, meaning that they apply to individuals. They know this and are using it to appeal to those who are either not paying that much attention or they don’t care much about government and expect things to be pretty much the same from day to day.  They expect to get away with it, but it will never work for one great reason. It is a lie. And as with all good lies, there is a sliver of truth to cling to. The sliver of truth in these lies is something we all know and can in some way figure out, even if it has to be explained to you the first time. That truth is this:  If it is incumbent on the elected branch of government to continue passing laws, eventually they will be so restrictive that those under the restrictions will find some way out. It is a basic truth, and one that, on an intellectual level, we can mostly agree on. Now, let’s tease it out and as you will see, they are not talking about people, but businesses and corporations.

When our current President was elected, he made many, many promises.  One was that he was going to basically save the United States from great threats and perils around the world and force more work to be done here at home.  One was that he would surround himself with the “best people.” Neither of these panned out, really, despite the fact that he is a Republican and Republicans controlled both houses of Congress.  Some of those Republicans are members of a far right, fringe, caucus named the “Freedom Caucus.”

The words freedom and liberty, in an American traditional sense, have always implied a personal freedom.  The ability to make your own decisions, or mistakes. The freedom and liberty to worship who you choose, how you choose.  The freedom to talk about your government, ask questions of it, and be able to trust it to not impose itself on you. Freedom. Liberty.  These words with such great history, tradition, emotion, pride and just plain ‘ol ‘Mericanism have been hijacked. As I said earlier, there is a sliver of truth in every good lie.  This time it presents itself, in just about every action, as hypocrisy. This caucus, named after the very thing that our founding fathers laid their lives on the line for, has (for now) stolen this word and is using it as a shield to deflect the truth away.  The truth is that most Americans think about freedom as something each of us has, something that has been fought for, we have already won, and something that will always be there. Even as I write this, these ideals are emotive. Pride inside myself swells when I think of the way we banded together during the World Wars, sacrificed our lives up to the British standing army, who had never been defeated.  And when victory came, it was bittersweet. While, true, we had won a war, we were left with the aftermath and all the human problems that came with it.  This was a victory in and of itself. Creating new and thoughtful ways for government to care for people, America began to insist that the world at large become more compassionate. President John F. Kennedy once said that “the price for freedom is high, but America has always paid it.” These are just a few thoughts conjured up in me when the words freedom or liberty is used.

But that isn’t what the “Freedom Caucus” is talking about.  That isn’t what they stand for. Of course, they probably have some similar images when they think of those words, also.  Which is why they could easily use this type of language for their cover. But it has not the same meaning. The freedom they are talking about is “deregulation” for businesses, not guaranteed freedom of self.  Not thoughtful progress, where we leave a better earth than we left. Not a caring, compassionate group of teachers paid for by tax dollars and available to every child. Deregulation is a fancy word for letting businesses, corporations, and the wealthy do whatever they want with no oversight from government, no price to pay, and in essence they would rule over the government. In fact, the Freedom Caucus has proposed a bill to end the Department of Education altogether.  (See notes below)

Still sounding innocuous? You remember going on vacation as a kid?  Perhaps camping? That one place that used to inspire you? Maybe in the mountains where you could see more stars than you thought possible?  Maybe it was a beach where the waves crashed with a thunderous roar. Maybe it was on an island and you took a boat to go whale watching. No matter what your favorite outdoor environment was, picture it the way you remember it.  Hold that image for just a second. Now put a bulldozer through it. Imagine the amount of human trash of your landfill in those waters, where the whales can no longer breathe. Change the color of the water of your favorite beach black with the latest oil spill.

How does deregulation get us to those points?  What does that have to do with freedom or the Freedom Caucus?  It is real simple. The Freedom Caucus believes that businesses should be deregulated so that the free market can determine everything.  They fail to mention that when they use the word freedom, they aren’t talking about you, me, the homeless, the needy, the widow or any of the others that Jesus told us to look after and love.  They only mean the big businesses, the bottom line, and profits. There is no compassion in that. There is no concern for citizens, children, the working poor, the schools, the elderly, the disabled, or any other person that does not fit within the confines of people who work for the businesses.  To deregulate the businesses, is to place them in control of government. Do you really want corporations determining your wage? What happens if they were to just stop paying you all together? Well, why wouldn’t they, they would be in control, after all. The Government would then be beholden to the corporations.

We the people have a contract with those who govern us.  We do not have one with these corporations. The Freedom Caucus, tosses the words freedom and liberty around so casually, but in reality, they are purposefully misleading you.  The results of their kind of freedom puts the average American into bondage. It will continue to raise prices and leave wages in the dust, making the poor poorer and the rich richer.  That is the only end to these types of policies.

So, the next time you hear someone from the Freedom Caucus members, you should apply what they are saying to business, not individual freedoms, not civil liberties.  Once you begin to realize that the words “freedom” and “liberty” don’t apply to everyday people like you and me, I believe you will see a big difference in your own opinions.  Do you want the fervor of growth of business to be in control of your life? Do you want them to bail themselves out using your tax dollars? Do you want all the tax money you have paid your whole life to be raided by these pirates, just because they yell out “freedom” or “liberty”?  They got their tax scam passed, next is the line where they can’t pay for anything because they don’t have money and THAT is why they NEED to raid the coffers of Social Security. THAT will be why they have to end Medicare and Medicaid. This group is nothing more that a gang of looters whose policies will bankrupt America, and we will suffer.  So, keep in mind this lens, the next time you hear any of their drivel. See if it fits. Apply, liberally.

Members of the Freedom Caucus:

Justin Anderson is co-host and co-producer of What Would Jesus Pod and multimedia and elections contributor for CDA. Follow him @newman4life.