Have We Forgotten the Point of Christianity?

Join our #ChristiansAgainstHate movement by signing up here or joining our Facebook group. 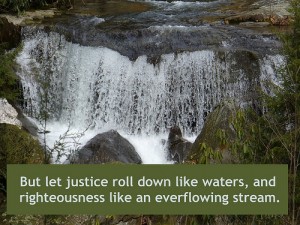 Have We Forgotten the Point of Christianity?

Followers of Jesus — especially those living in the United States right now — must ask themselves an important question: What’s the point of Christianity?

Because in the big scheme of things, is the purpose of having a Christian faith primarily for gaining political power, or creating and enforcing laws, or hoarding wealth, or living as comfortable a life as possible?

Or is it ultimately about bettering — and saving — humanity?

The past year has seen Christian theologians, authors, pastors, celebrities, institutions, organizations, and communities publicly declare many things — all under the banner of “Christianity” — about what is politically right and wrong, who is good and bad, and how we should vote, act, and think as it relates to our political leaders. The imminent election has only increased this constant noise and banter, but it forces believers to prioritize the role Jesus plays in their lives.

Because the reality is that the good news of the gospel cannot be heard and accepted unless we emulate Jesus. The Bible shows us that Jesus is the best example of who to follow, so why aren’t Christians doing so?