Farm Bill Passes on a Compromise 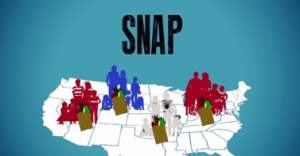 The GOP wanted to cut $40 billion from the SNAP program with the Farm Bill…thankfully this was reduced substantially to $8 billion and did not include the provisions of kicking people off the program, forcing drug testing for recipients and cutting off anyone who has ever been to jail for life! But the cuts will still effect 800,000+ households and any cut to these families is a harmful cut. We pray for those families today and for an increased awakening by Congress to the realities of poverty in America and the need for real solutions, such as a livable wage. We also pray for our President as he carries out actions to help the people who need it as much as possible, fights for the working poor and middle class, and attempts to work with an extreme House. 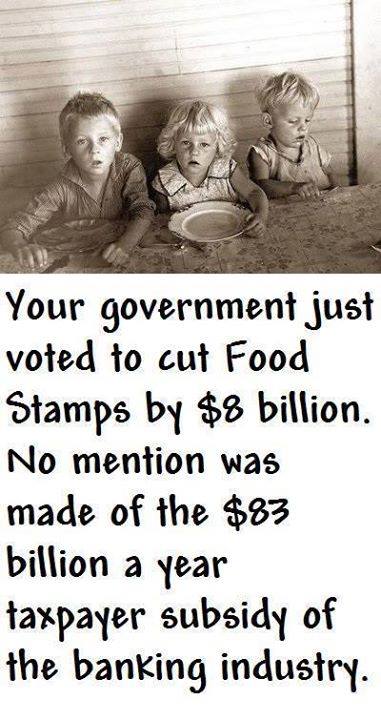 WASHINGTON (AP) — Congress has given its final approval to a sweeping five-year farm bill that provides food for the needy and subsidies for farmers.

Ending years of political battles, the Senate on Tuesday sent the measure to President Barack Obama, who is expected to sign it. The Senate passed the bill 68-32.

The bill provides a financial cushion for farmers who face unpredictable weather and market conditions. But the bulk of its nearly $100 billion-a-year cost is for the food stamp program, which aids 1 in 7 Americans.

House Republicans had hoped to trim the bill’s costs, pointing to a booming agriculture sector in recent years and saying the now $80 billion-a-year food stamp program has spiraled out of control. Partisan disagreements stalled the bill for more than two years, but conservatives were eventually outnumbered as the Democratic Senate, the White House and a still-powerful bipartisan coalition of farm-state lawmakers pushed to get the bill done.

The final compromise bill would get rid of controversial subsidies known as direct payments, which are paid to farmers whether they farm or not. But most of that program’s $4.5 billion annual cost was redirected into new, more politically defensible subsidies that would kick in when a farmer has losses. The food stamp program was cut about 1 percent; the House had pushed for five times that much.

Senate Agriculture Chairwoman Debbie Stabenow, D-Mich., said before the bill passed that she and her House counterpart, Rep. Frank Lucas, R-Okla., tried to craft a bill that would work for all regions of the country, “from traditional row crops, to specialty crops like fruits and vegetables, to livestock, to organics, to local food systems.”