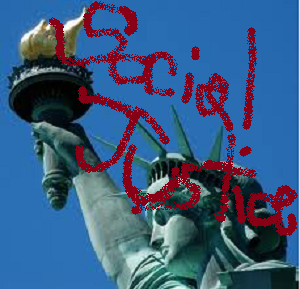 It seems the Christian Right has caught on to the multitudes of Biblical references to justice for the immigrant at last. These Republicans and Evangelicals are sounding a lot like Christians Democrats, but no matter how long it has taken and for what reason, we are simply rejoicing that this gives realistic promise for real immigration reform! It is a praise-worthy, hopeful time that we agree on a social justice topic on both sides. Let us write our Congressmen and pray that the message is well-received and important, fair provisions are included.

The Republican party and evangelical movement are using conservative, religious South Carolina as a test market for their message that immigration is as much a moral issue as an economic one. An Upstate minister and a Columbia businessman stood with Graham as he laid out his four-point reform plan in a Columbia news conference that featured as many national reporters as local ones.

Graham is one of the GOP’s leading voices on immigration reform, a position that five years ago damaged his political image at home and caused him to back off the issue. This time, the evangelicals have brought Graham key support that he had lacked.

Until now, most religious groups have stayed out of the immigration debate. In a 2010 study by the Pew Forum on Religion and Public Life, only 1 in 4 people surveyed said their clergy talked about immigration and less than 7 percent of the respondents said religion helped form their views on immigration.

Now, the evangelical community is putting its money and its political muscle into the debate. Ads are running on Christian radio stations, a website promotes Bible verses about immigration, and the Evangelical Immigration Table will send text messages to update subscribers. The evangelical campaign for immigration launched earlier this month with a news conference and conference calls with national media.

“As Christians we’re called to be more than just Republicans or conservatives,” said Hal Stevenson, owner of Grace outdoor advertising in Columbia and a board member of the conservative Palmetto Family Council. “We’re called to be thinkers and representatives of Christ in the marketplace. “