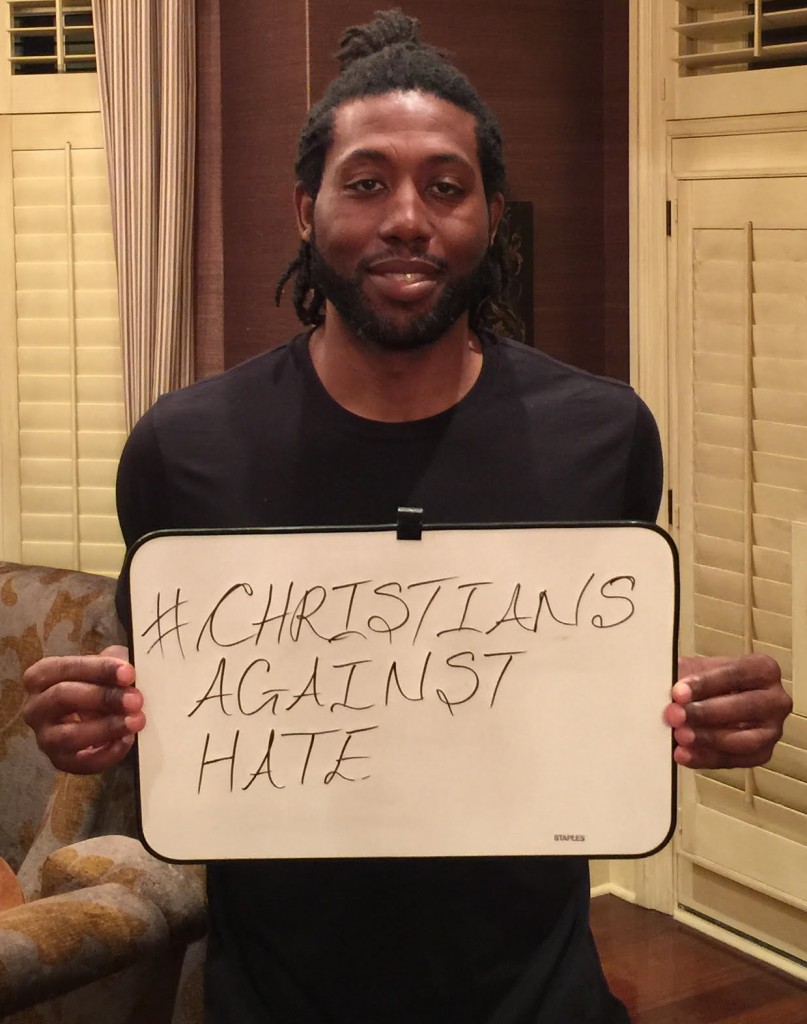 (Washington, D.C.) Today, Christian Democrats of America is proud to announce the newest addition to their team, board of advisors, and advocate of the #ChristiansAgainstHate movement, former NBA player John Salmons. Salmons, a social engineer who has endorsed Hillary Clinton for President, announced his support and alignment of the message and stand against hate the organization has taken. CDA, an organization of social justice advocates for those without a voice and the largest faith outreach within the Democratic party with over 75,000 online followers, is both excited and humbled by the support from a man so dedicated to his faith and passion in advocating for social justice issues.

John Salmons said, “Christian Democrats of America is an organization that allows believers in Christ to combine with integrity, their biblical based beliefs with the important social justice issues of the day. I played on several teams in the NBA and I can say that CDA is one of the most committed teams I’ve been a part of.  They are dedicated to supporting candidates that align with its member’s strong belief in the Kingdom.”

Christina Forrester, CDA Director and Founder, said, “I have followed the public role of John Salmons for some time and love the commitment, dedication, and heart John has for the ‘least of these.’ I couldn’t be more pleased to have John as a part of the Christian Democrats of America team and look forward to further discussions with him of our future vision and working with him to further the call to the masses of our ‘Christians Against Hate’ movement.”

Christian Democrats of America has been growing exponentially and with recent national media coverage including the Christian Broadcasting Network (CBN), Huffington Post, Politicus USA, PBS, and more, it is expanding the member base to further the “Christians Against Hate” message that the organization has always stood for. Christina Forrester adds “The Trump culture has validated a very hateful and marginalizing rhetoric and brought it to a boiling point, so that it is acceptable to openly discriminate and slander. That we can say anything, be politically incorrect to the point of it being acceptable to openly tear other people down because they look or sound or believe differently than we do is just not acceptable in this nation and this is what is fueling the ‘Hate is NOT a Christian Value’ and ‘Christians Against Hate’ call to action. Hillary Clinton is running on love and kindness, and how we can lift each other up, which match our values as Christians.”

The vision for development of CDA is massive in scope as it works to influence the ideals of the Democratic party and work with candidates who have strong and principled Christian values and a progressive agenda, and right now ultimately to elect Democrats in November. The organization recently started regular podcasts to begin offering audiences an alternative to Right-Wing Christian radio.

Look for future announcements of team additions and endorsements for Christian Democrats of America and ‘Christians 4 Hillary’ coming soon.

Find out more about John Salmons at www.johnsalmonsent.com.

You can join the Christians Against Hate movement by using the hashtag #ChristiansAgainstHate, send or tweet (@ChristianDems) us a picture of yourself with a picture like John Salmons’, sign our declaration or join our Facebook group.