Not our values: Senate dismantles health care for the poor 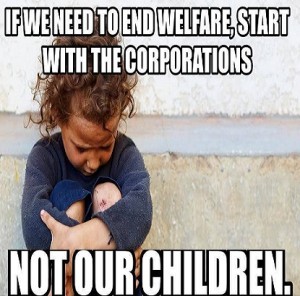 If you needed proof that a Republican majority in both Houses of Congress along with a 2016 new Republican president would be a tragedy for low and middle-income Americans and a victory for the most wealthy….this is it. The night after the House passed a surprisingly bi-partisan budget that covers Medicare funding and health care for poor children, the Senate passes this bill that would dismantle health care for the poor, children, the elderly (turning Medicare into a voucher program) and eradicate the current insurance coverage of millions of citizens. If these extreme measures are any indication, this isn’t a middle-of-the-road Republican party and we must remind people what they would do if elected in 2016. What we need is a “moral budget” and one that truly looks out for the least of these – that is what “getting back to real American values” means.

WASHINGTON — Emerging from an all-night session that contained more exhaustion than drama, Senate Republicans squeaked through a budget blueprint Friday morning that would repeal the Affordable Care Act, fundamentally remake federal health care for the poor and elderly, and push the federal deficit toward zero over the next decade.

The 52-46 vote came at 3:28 a.m., after the Senate considered hundreds of amendments and voted on dozens — many of them politically freighted, some of them contradictory, but none of them binding. No Democrats voted for the budget. Among Republicans, only Senator Rand Paul of Kentucky, who is likely to seek the White House, and Senator Ted Cruz of Texas, who has announced his intention to do so, voted no.

Senator Michael B. Enzi of Wyoming, chairman of the Budget Committee, hailed a plan that he said would “protect the nation’s most vulnerable citizens, strengthen national defense and bring robust economic growth.”

Democrats said it would be a disaster — if it ever happened.

The House passed its budget plan on Wednesday. Now, Senate and House negotiators hope to take similar tax-and-spending plans and negotiate the first common congressional budget in a decade.

Then would come the difficult work, turning a hard-fought, aspirational document into the actual legislation the budget promises: an end to the Affordable Care Act; a Medicare system transformed, with vouchers for older adults to purchase private insurance; Medicaid and food stamps cut back drastically and turned over to the states; and a simplified tax code with a far lower top income tax rate.

“Fortunately for the country, the Republican budget will not become law,” Senator Harry Reid of Nevada, the minority leader, said.