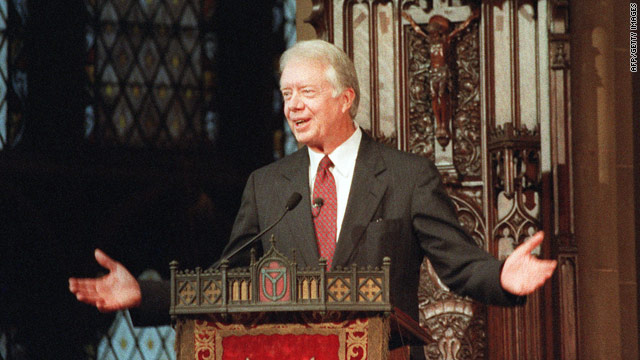 Here’s a quote from a great man of God – if more were this accepting of different views (not to mention logical…) we wouldn’t have the chasms we do: “I’m a Baptist, and I believe that each congregation is autonomous and can govern its own affairs. So if a local Baptist church wants to accept gay members on an equal basis, which my church does by the way, then that is fine,” Carter said. “If a church decides not to, then government laws shouldn’t require them to.” Good definition of a democracy and both political and religious freedom.

When asked about his views on human rights and the LGBT community, Carter schooled the crowd at Michigan’s Grand Rapids Community College with some of his Christian theology.

“I never knew of any word or action of Jesus Christ that discriminated against anyone,” Carter said, according to a video from MLive.