“For I was sick and Republicans took my healthcare” 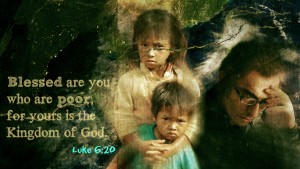 Here is a Biblical word for the Senate GOP: the poor are just as worthy of LIFE (and QUALITY of life) as the millionaires and billionaires you are protecting. We now have the Senate healthcare bill, which makes deep cuts to Medicaid and hurts the most vulnerable in America. Like the House bill, it is a giant giveaway to the rich at the expense of the poor, working poor, the disabled, elderly…the least of these. Every single Republican who would support this bill ought to be held accountable for the merciless attitude towards their vulnerable constituents and for claiming they are for “life” when they are willing to damage the lives of millions.

We agree there are problems with Obamacare, and they are problems that could be fixed if Republicans truly wanted to help fix the healthcare system in America and not just claim a victory against the Obama legacy. In an interview this morning on MSNBC, Senator Bob Casey framed this entire bill and the problems with Senate Republicans well: “This is outrageous. A giveaway to the super-rich paid for by cuts to Medicaid. We can take care of people and still have a growing economy. Every one of those Senators has healthcare, theirs families have healthcare – this is obscene what they are doing.” He went on to say Republicans refuse to sit down with Democratic Senators to find ways they can agree on to fix the problems with Obamacare, citing that indeed there are problems, but instead of being willing to look at how they can fix those issues, they continue  with “this obsession with repealing this just so they can say they repealed it.” He continued that the next issue Republicans want to tackle is tax reform, which is yet another bill to cut tax expenses for the most wealthy. “Every bill is about giving rich people more money – that’s the one altar they worship at. I ask those Senators to examine your conscience.”

Here is a breakdown of the Senate healthcare bill compared to the House bill and Obamacare from the Washington Post (click photo to expand): 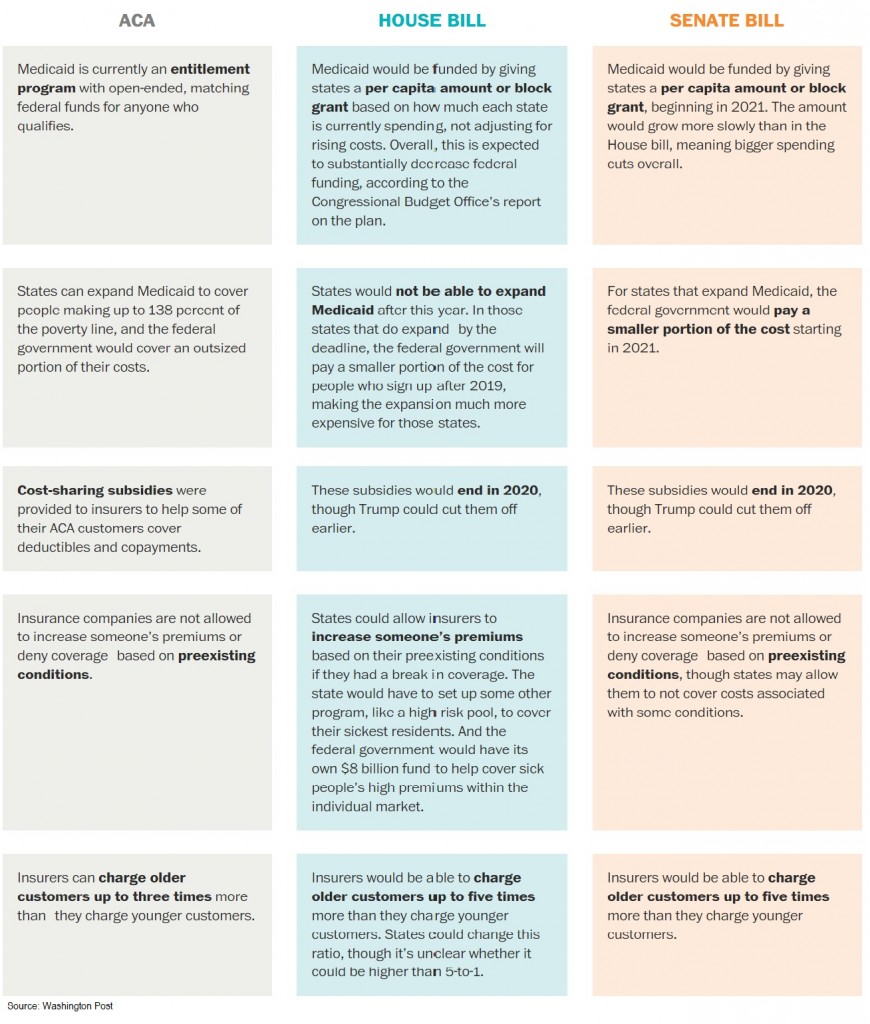 Please pray this bill will not pass the Senate, will not be signed by Trump, and continue to pressure Congress against this bill. Christians, resist!