Veterans Wait for Benefits as Claims Pile Up 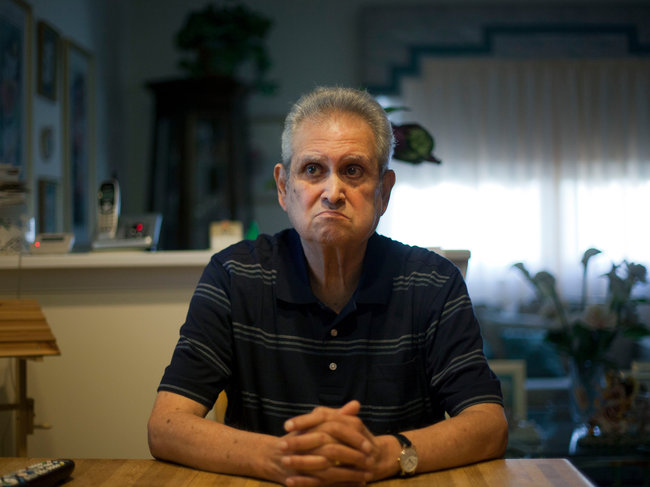 Jessica Kourkounis for The New York Times
Dennis Selsky, a Vietnam-era veteran with multiple sclerosis, has waited 15 months for his claim to be processed.

And THIS is a time to make major cuts to programs? A budget IS a moral document. We are not doing enough now…cutting more?

James 1:27
Religion that God our Father accepts as pure and faultless is this: to look after orphans andwidows in their distress and to keep oneself from being polluted by the world.

For Dennis Selsky, a Vietnam-era veteran with multiple sclerosis, it was lost documents. It seemed that every time he sent records to theDepartment of Veterans Affairs, they disappeared into the ether.

For Mickel Withers, an Iraq war veteran with severe post-traumatic stress disorder, it was a bureaucratic foul-up. The department said he received National Guard pay in 2009, though he had left the Guard the previous year, and cut his disability compensation by $3,000. He filed for bankruptcy to protect himself from creditors.

For Doris Hink, the widow of a World War II veteran, it was the waiting. The department took nearly two years to process her claim for a survivor’s pension, forcing her daughter to take $12,000 from savings to pay nursing home bills.

These are the faces of what has become known as “the backlog”: the crushing inventory of claims for disability, pension and educational benefits that has overwhelmed the Department of Veterans Affairs. For hundreds of thousands of veterans, the result has been long waits for decisions, mishandled documents, confusing communications and infuriating mistakes in their claims.