Obama and Romney on Poverty

“The biblical prophets clearly say that a nation’s righteousness is determined by how it treats its poor and vulnerable.” – Jim Wallis. This is a truth found throughout the whole Word of God, and a fundamental value of our faith. We as Christians are called to not only help the poor but to defend them – including standing up to be a voice at a time when belittling the poor has become increasingly popular.

Sojourners asked both presidential candidates to talk about their plans and thoughts on poverty. Below are comments from Jim Wallis of Sojourners and the link to the videos – let us know your thoughts on the candidate responses! 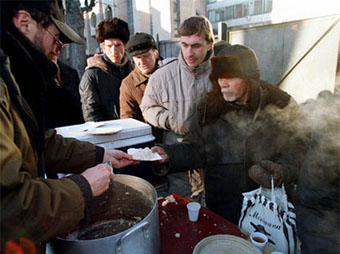 There is a growing consensus that poverty is Christian issue, and that it has always been—one of our most traditional values issues. There are a lot of issues Christians should care about and a lot of different thoughts on the best ways to express that, but when casting a ballot every Christian should have “the least of these” on their minds.

The biblical prophets clearly say that a nation’s righteousness is determined by how it treats its poor and vulnerable. And Jesus could not be more clear in Matthew 25: the ways that we treat the hungry, the thirsty, the stranger, the homeless, the sick, the prisoner — all those left out and left behind—is the way we treat him. How much we love him will be demonstrated in how we treat them. And, we pointed out, that Gospel text is addressed not only to individual followers of Christ, but also to the “nations,” which will also be held accountable for how they treat the poor. And as we said today, the new numbers on poverty released yesterday by the Census Bureau leave us with a very poor “Matthew 25 scorecard.”

Therefore, as the faith leaders said today, we have no choice but to respond when we learn that so many of our brothers and sisters are living in poverty. It makes these presidential candidate videos ones that every Christian should watch before they vote.

We asked the candidates, what will you do to address the highest numbers of people in poverty in America in almost 50 years—numbers that we learned today are still growing? We believe these messages from the presidential candidates should lift the issues of poverty into the national debate in this election season.