The Hopeful State of the Union 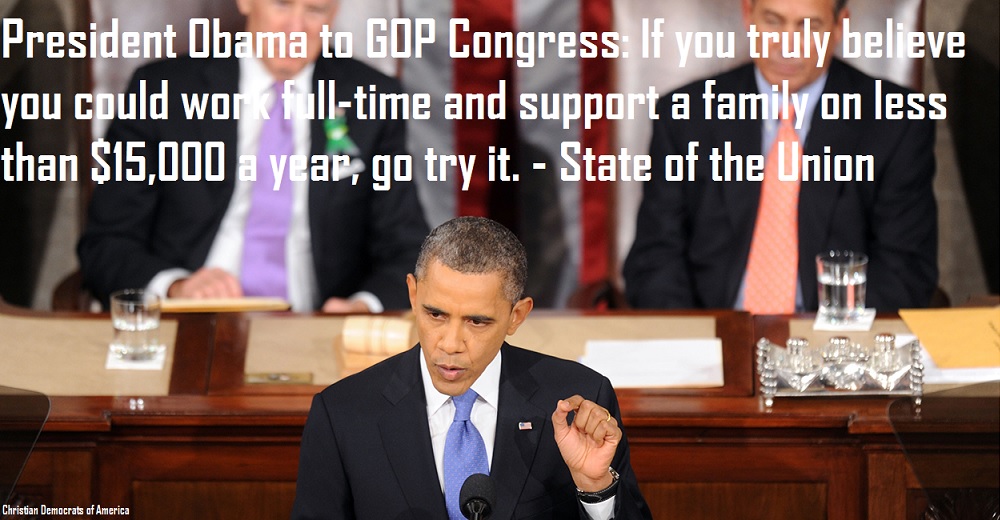 Last night President Obama struck a hopeful tone in his State of the Union address, recounting the major economic achievements of the past year and this term of his Presidency, including the things that are making the most difference for low income and middle class Americans such as low gas prices. The President outlined his vision for economic fairness and social justice based on overall values. The major points we were excited to hear him prioritize were closing corporate and 1% tax loopholes, affordable child care, infrastructure jobs (“Let’s set our sights higher than a single oil pipeline!”), paid sick leave for working Americans, equal pay for women and a fair, livable minimum wage. He said to all opponents of raising the minimum wage to a livable wage: “If you truly believe you could work full time and support a family on less than $15,000 per year, go try it!”

The President ended on a hopeful note revisiting the themes of his first campaign on hope, a new kind of Washington, a pledge to cooperate and a a new call for  his dream towards real cooperation to benefit the people. We pray your dream comes true Mr. President!