Now is the time for common-sense measures on gun violence 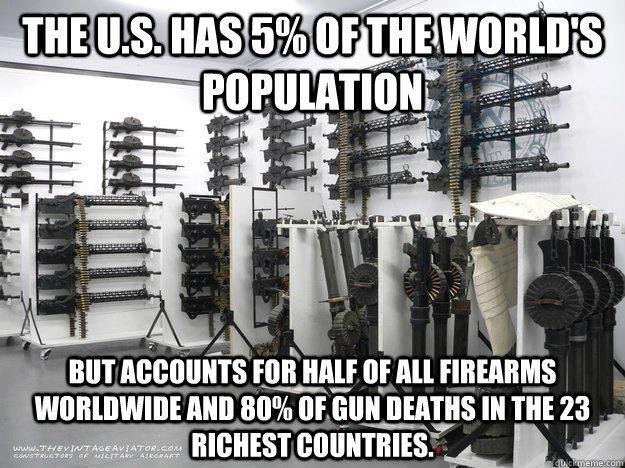 Recently, a social worker shared with us that she has had three clients commit suicide using a gun. All three had been hospitalized for depression, suicide attempts and other mental disorders…and all three legally obtained a gun in one day at a pawn shop.

When you buy a gun, in most states there is no mental health record check, only a criminal background check. So if you have schizophrenia or tried to kill yourself before and have a history of deep depression, you can easily obtain a firearm. We bring up this point because it is just one example of the need for common-sense legislation – a need that is far past due, and America sees it.

The tone on the fight for reasonable gun control measures has changed. Politicians, including Republicans, are boldly going to the places they dared not go before on supporting sensible answers. It is a sad statement that it took a tragedy of this magnitude to change the rhetoric, but we are finally getting somewhere and the old talking points aren’t working.

“Clearly, people of faith have a critical role to play in any discussion about reducing the levels of violence in American society. But while we focus primarily on the root causes of violence in America – the disintegration of the family unit, the lack of educational and economic opportunities, a culture that glorifies aggression and too often treats violence as a form of entertainment – we must not neglect the instruments of violence, including guns.” (second article below)

In the wake of the school massacre in Newtown, Conn., record-setting numbers have signed online petitions urging that the federal government take action to halt gun violence.

Shortly after the deadly shooting of 26 children and adults at Sandy Hook Elementary School, a man identified as “David G” posted an online petition calling on the White House to “immediately address the issue of gun control through the introduction of legislation in Congress.”

Within hours, the petition, which was created on the White House “We the People” site, had surpassed the 25,000 electronic signatures required for the Obama administration to review the request. On Monday, it broke the record, becoming the petition with the most signatures ever submitted to the site.

As of midday today, the petition had 176,828 signatures and counting.

The massacre of the innocents: America is paying a high price for indolence and pandering to the gun lobby

With Newtown, a number of likely contributing factors can be easily identified – including our nation’s scandalously poor treatment of adult mental illness (adult mental health services in America are, in general, a barren wasteland).

But all societies have mentally ill individuals, and many others do – relatively speaking – a poor job of treating and addressing them. And yet they do not experience the sort of mass murders that occur all too often in the United States. In the end, the primary factor that distinguishes America from the rest of the world, and explains why mass shootings take place more frequently here, is easy access to firearms due to our nation’s loose gun laws.

Today, America is in the throes of an epidemic of gun violence. We reject the ploughshare, and arm ourselves with swords. Indeed, we have almost as many guns as we do citizens. Together, this massive arsenal accounts for more than 30% of the privately owned firearms in the world. Tragically, we turn these weapons far too often against each other – roughly 30,000 people are killed by guns annually in America. As a result, we have more gun deaths per capita than any of our industrial democracy peers.

Clearly, people of faith have a critical role to play in any discussion about reducing the levels of violence in American society. But while we focus primarily on the root causes of violence in America – the disintegration of the family unit, the lack of educational and economic opportunities, a culture that glorifies aggression and too often treats violence as a form of entertainment – we must not neglect the instruments of violence, including guns.

There is a long tradition of religious support for gun control measures in the United States. In 1993, for instance, many religious denominations, groups and leaders publically supported the Brady Handgun Violence Prevention Act, which mandated background checks for people purchasing guns. The United States Council of Catholic Bishops (USCCB) has also spoken out in favour of gun control measures on numerous occasions. For example, in 1975 the USCCB called “for effective and courageous action to control handguns, leading to their eventual elimination from our society” – a position they reiterated in 2000.

Guns in America, a Statistical Look

Right now if you don’t have a criminal record and you have not been adjudicated as mentally incompetent, you can buy guns.  In 2010 the National Instant Criminal Background Check System (NICS) ran 16,454,951 background checks for firearms purchases.  Only a small number of these purchases (78,211 or 0.48 percent) were denied.

Since 1998 there have been more than 151 million NICS checks.  Each check doesn’t necessarily represent a single gun, just a single transaction. If one were to purchase two guns at one time, there would only be one check.

Violent crime rates have been falling in recent years, but the number of people killed by firearms in the United States remains high.  According to the FBI Uniform Crime Report, between 2006 and 2010 47,856 people were murdered in the U.S. by firearms, more than twice as many as were killed by all other means combined.