With President Obama starting this tour today, we are hoping he will also be pushing a livable minimum wage and the enormity of the wage gap in the country. As always, the Bible says it best… 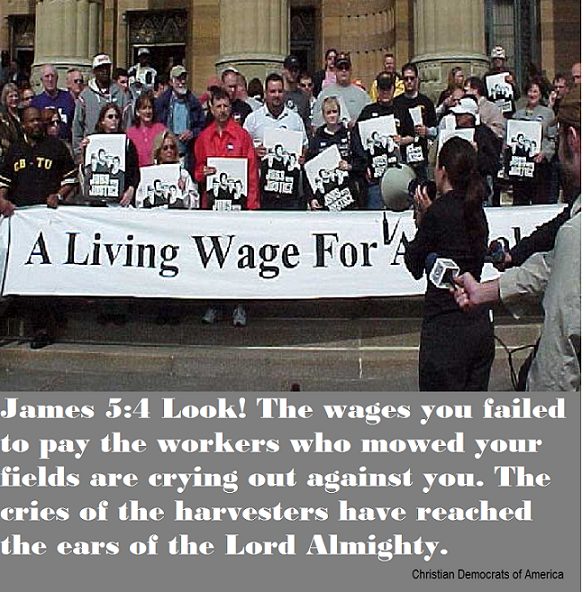 President Obama is turning back to the jobs issue, launching a series of “Middle Class Jobs and Opportunity Tours” starting Thursday with an appearance in Texas.

Obama will visit growing areas “to learn what has helped them become successful and use these models of growth to encourage Congress to act,” said White House spokesman Josh Earnest.

On Thursday, the president opens the new effort with a tour in Austin, where he will visit a high school, and speak with leaders of the city’s high-tech industries.

Earnest said the president will also speak with “workers who are working hard to get into and stay in the middle class to discuss his vision for ensuring that hard work leads to a decent living.”

The tours — no other stops have been announced — seem similar to the “White House to Main Street” events that Obama conducted during his first term.

This time around, Obama will seek to push Congress on a second-term agenda that includes a major immigration bill and a new debt reduction plan that includes higher taxes on the wealthy.