Gun Safety is Pro-Life and Most Americans Support It 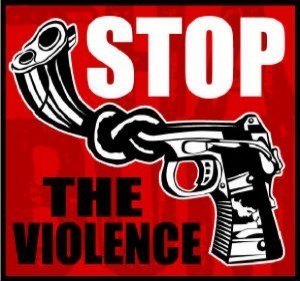 There have been so many mass shootings in America that we are becoming desensitized to the violence, but we cannot let this happen. Children, country music fans, LGBTQ community, college students, worshipers at church…gun violence affects us ALL and it ought to bring us together across partisan lines for common sense reforms. More than half of Americans – both Democrats and Republicans – support keeping guns out of the hands of the mentally ill, broader background checks without gun show loopholes, and a ban on semi-automatic assault weapons, yet we have seen no movement on this issue.

We must hold “Pro-Life” members of Congress accountable on gun violence and their support of extreme gun measures, and propaganda, pushed by the NRA. America is plagued by a national crisis of one mass shooting after another, and daily shootings throughout the country. When our leaders care more about the donations from the NRA and the idea that they could lose their seat, even though a vast majority of Americans are for increased background checks and a semi-automatic weapons ban, than they do about the lives of children, we have a problem. Yet these same politicians win elections and raise millions of dollars on their claim to holding up “Pro-Life” legislation. They care about the lives of children only when it is convenient – and lucrative – for them. The truth is that many of them worship at the altar of the NRA.

We back any common-sense gun safety legislation such as expanded background checks, keeping guns out of the hands of criminals and severely mentally ill, closing the gun show loopholes and a ban on all assault rifles. We support 2nd amendment rights in the context in which they were originally written into our constitution. There is no reason military weapons should not be outlawed and anyone who claims to value LIFE will stand up or be counted as a hypocrite. We invite those who love the gun lobby money more than the lives of victims to read…

“For the love of money [that is, the greedy desire for it and the willingness to gain it unethically] is a root of all sorts of evil, and some by longing for it have wandered away from the faith and pierced themselves [through and through] with many sorrows.” 1 Timothy 6:10

“Then Jesus said to him, “Put your sword back into its place; for all those who take up the sword shall perish by the sword.” – Matthew 26:52

Do this so that innocent blood will not be shed in your land, which the LORD your God is giving you as your inheritance, and so that you will not be guilty of bloodshed.”-  Deuteronomy 19:10

“For God will deliver the needy who cry out, the afflicted who have no one to help. He will take pity on the weak and the needy and save the needy from death. He will rescue them from oppression and violence, for precious is their blood in his sight.” – Psalm 72:12-14

“There are six things the LORD hates, seven that are detestable to him: haughty eyes, a lying tongue, hands that shed innocent blood, a heart that devises wicked schemes, feet that are quick to rush into evil, a false witness who pours out lies and a man who stirs up dissension among brothers.” – Proverbs 6:16-19

This is what the Lord says: Do what is just and right. Rescue from the hand of the oppressor the one who has been robbed. Do no wrong or violence to the foreigner, the fatherless or the widow, and do not shed innocent blood in this place. – Jer 22:3

He defended the cause of the poor and needy, and so all went well. Is that not what it means to know me?” declares the Lord.  “But your eyes and your heart are set only on dishonest gain, on shedding innocent blood and on oppression and extortion.” Jer 22:16-17

No, in your heart you devise injustice, and your hands mete out violence on the earth. Psalm 58:2